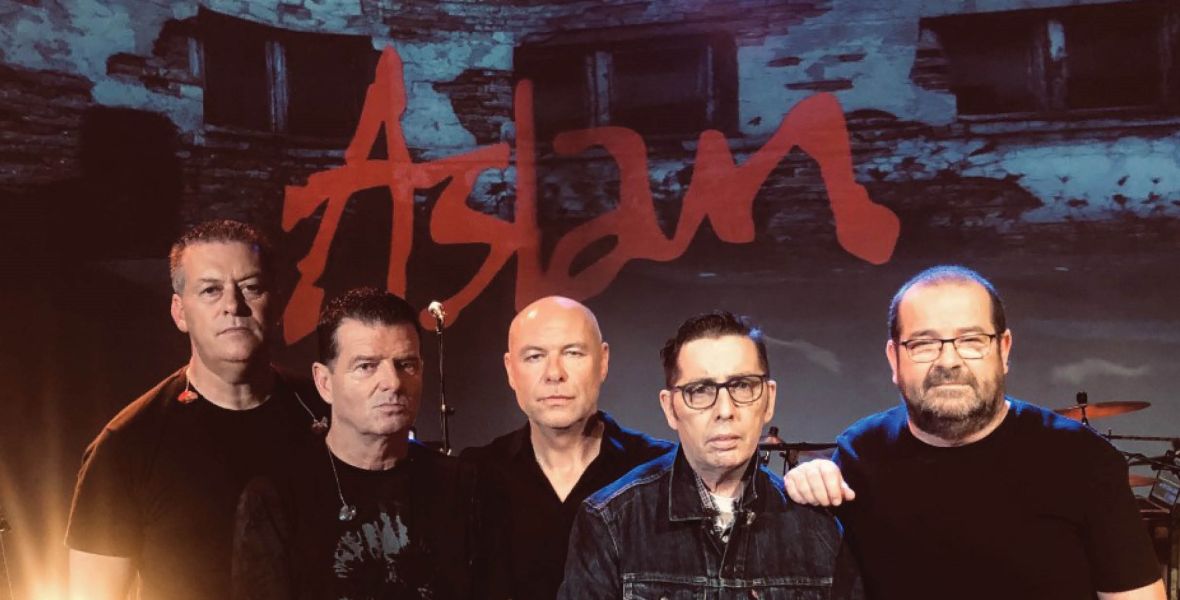 Due to the ongoing uncertainty surrounding live shows, Aslan's  3Olympia Theatre sold out show has been rescheduled to Monday 1st November 2021.

What a fantastic year ASLAN had in 2019. Sold out shows in the Iveagh Gardens, The Marquee in Cork, The Olympia in Dublin, Glasgow and Belfast to name a few.

Christy’s book My Crazy World has gone on to be one of the best selling Irish books for 2019 and is still in the top 10 since its release.

The band got to release on vinyl, 3 of their most iconic albums Feel No Shame, Goodbye Charlie Moonhead and Made In Dublin .

The band have reached out to fans on social media and asked them to suggest songs they would like ASLAN  to perform. So for 2021 the band will be changing the set and performing songs they have not played in a while.

See you all soon

Mon 1st Nov
Show
Doors 7pm
Sold Out Approximate stage times will be posted here once we receive them from production.

The restoration levy will allow 3 Olympia Theatre to invest in maintaining and enhancing the theatre to ensure that it continues to consistently deliver the highest quality experience for theatre goers, actors, performers & producers.