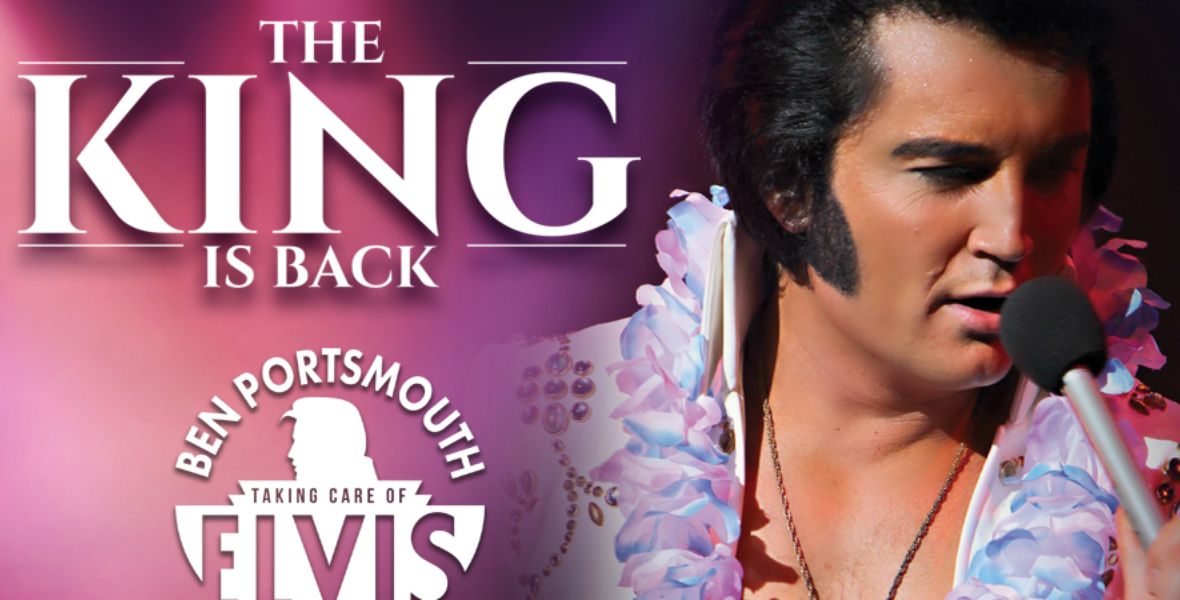 Please retain your tickets which we will valid as follows:

Ben, a multi-talented musician, singer and songwriter had Elvis's DNA in his blood from an early age. His father was an avid Elvis fan and Ben grew up on a diet of Elvis songs. Having honed his musical talent Ben started his journey as an Elvis Tribute Artist in 2005 when he formed the "Taking care of Elvis" band. Audiences quickly realized that this was someone with a special talent.

He looked like Elvis, sang like Elvis and had an on-stage charisma that had audiences believing at times they were watching the King himself. This talent saw Ben rapidly rise through the ranks of Elvis Tribute Artists.

Fans from all over the world declare Ben Portsmouth as the closest they have ever seen to Elvis Presley. Social media forums are overwhelmed with fans demanding his return to their country.

On this night, you will see the live performance that left David Letterman at a loss for words exclaiming, “Oh my God, Oh my God!” when Ben headlined his show in February of 2013.

Internationally renowned as one, if not The Best Elvis Tribute in the world today, Ben Portsmouth returns to Dublin and will bring his unique style, charisma with 10-piece band and will show audiences why he is regarded as the best in the business.