Bird on the Wire: The Songs of Leonard Cohen 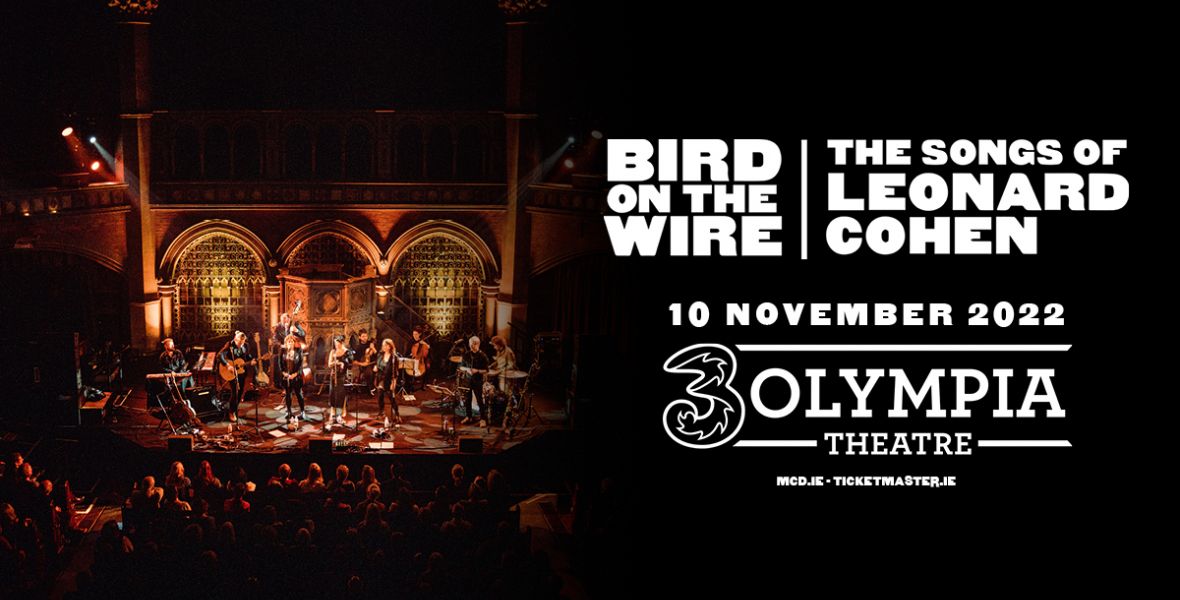 More Info
For more on Bird on the Wire: The Songs of Leonard Cohen
Book Now

Bird On The Wire: The Songs of Leonard Cohen by Pauline Scanlon & The Whileaways - returns to 3Olympia Theatre on Thursday 10th November 2022

Tickets priced from €34.90 including booking fee & €1 restoration levy on sale now via Ticketmaster

Bird On The Wire, a collaborative interpretation of The Leonard Cohen Songbook by singer Pauline Scanlon, Galway band The Whileaways and their band of joy, returns to Ireland in October after a hugely successful tour in England. Taking in venues in Belfast, Cork and Dublin, there are seven Irish dates on the tour.

Bird On The Wire is a unique combination of outstanding singers exploring their own interpretations of the wonderfully rich music and words of the icon that is Leonard Cohen. They lead a masterful ensemble including Will Merrigan (bass), Dave Clancy (keys) and Eamon Murray (drums) with lush string arrangements bringing the elegance of the performance to life.

Pauline Scanlon galvanized the Irish music scene with her stunning debut album, Red Colour Sun, over ten years ago. As a solo artist and as a member of vocal duo LUMIERE, Scanlon has entranced audiences the world over with her distinctly delicate intensity. Pauline has performed and recorded with a wide range of artists including Damien Dempsey, Sinéad O’Connor, John Spillane and is a member of several high-profile groups including Dónal Lunny’s Atlantic Arc Orchestra. Scanlon has presented several music-based television programmes for both the BBC and TG4 in recent years, and released her latest album Gossamer in 2016 to critical acclaim.

The Whileaways are three powerful forces in Irish roots music: Noelie McDonnell, Noriana Kennedy and Nicola Joyce combine to create a beguiling tapestry of harmonies, tradition and beautifully crafted original songs. They have released three critically acclaimed albums, toured all over the world, and been nominated for Best Group and Best Album in the RTÉ Folk Awards. Plaudits have been heaped upon the band with The Irish Echo calling their sound ‘perfected simplicity’, and Hot Press saying that the trio ‘stake their claim to being among the finest singers in the country’.

Bird On The Wire brings these accomplished singers together, and on stage they create an emotionally charged atmosphere enhanced by the wonderful lights and stage direction of the show. Fans have been blown away by the show in the UK and it promises to have the same effect on Irish audiences.

Tickets for 3Olympia are almost sold out, and the other date are selling strongly, so whether you’re a diehard Cohen fan, or a fan of the musicians on stage, or simply want to enjoy a spellbinding night of musical magic, make sure you don’t miss out. 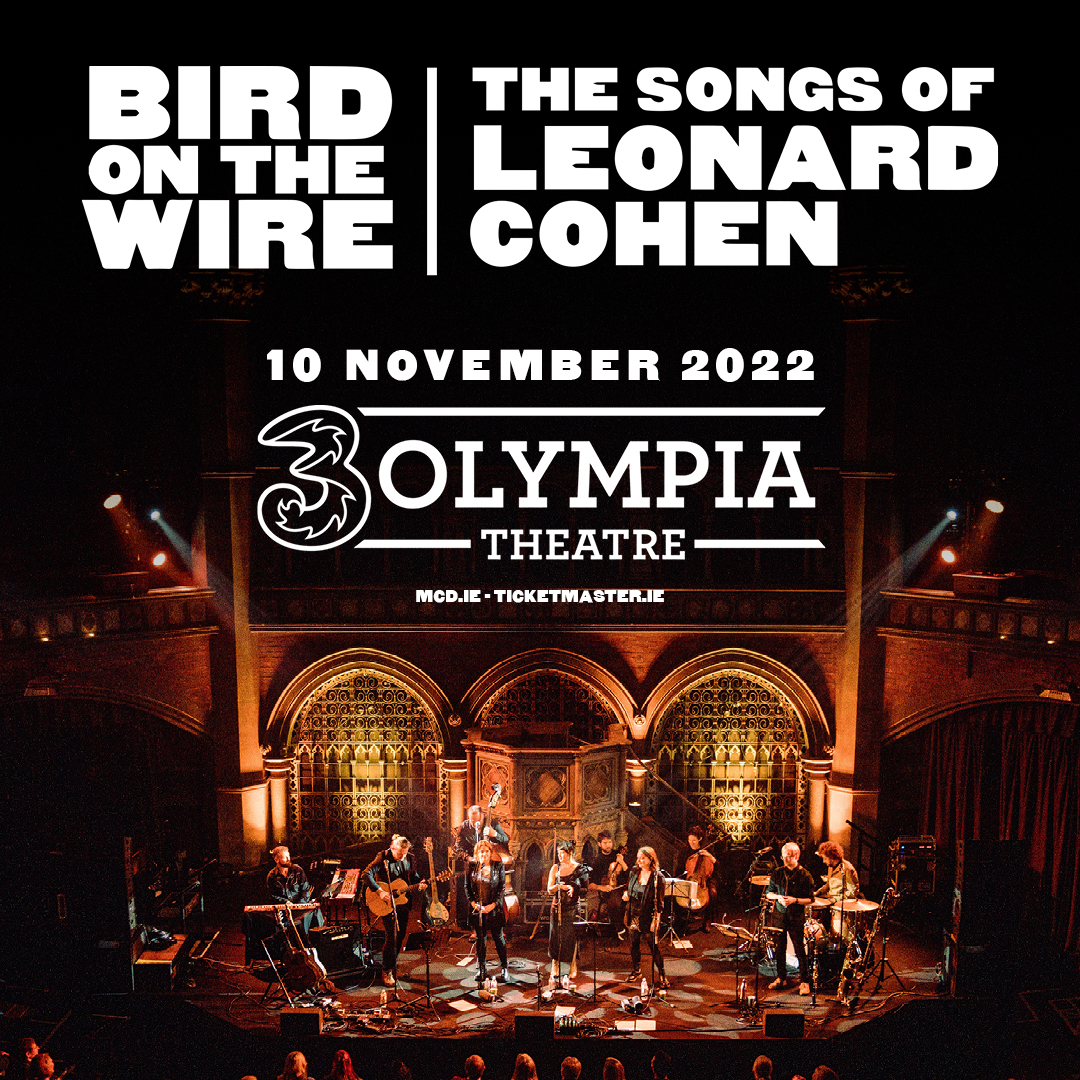