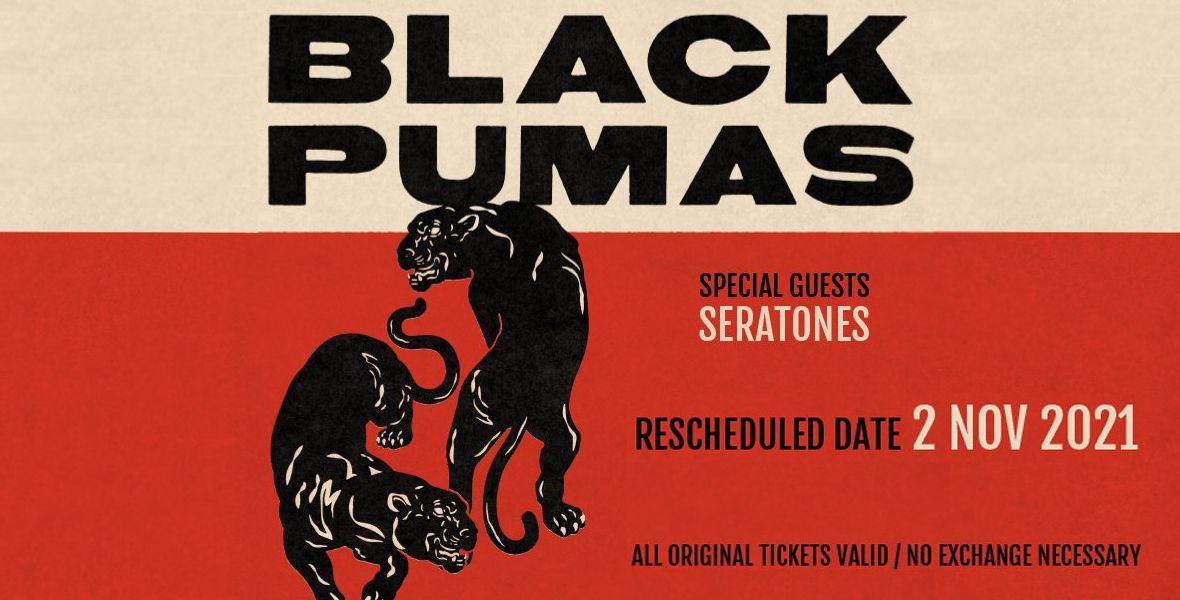 Tickets for 9th November 2020 are valid for the new date, no exchange necessary.

Black Pumas have shared their debut La Blogothèque ‘Take Away Show’ performance of ‘Colors’ - a worldwide viral hit and highlight of their remarkable self-titled debut record which arrived in 2019.

Shot in Paris in the shadow of the Eiffel Tower and in the midst of Black Pumas entirely sold-out European tour, the Blogotheque ‘Take Away Show’ is yet another taste of the band’s powerful and stylish live performances which have won fans across the globe. Speaking about the session, Black Pumas’ Eric Burton said: “We got together with La Blogothèque to record a version of ‘Colors’ near the Eiffel Tower the last time we were in France. Having spent a lot of time watching previous Take Away shows, it was a true honor to have the opportunity to do this in one of our favorite places to play.”

The rising Austin duo of powerhouse vocalist Eric Burton and Grammy-winning producer and guitarist Adrian Quesada, emerged as “the breakout band of 2019” (NPR) with the release of their first full-length record Black Pumas on ATO Records - a debut that according to KCRW “radiates soul at a wattage that may not be exactly street legal.” The band capped off a stellar year by being nominated in the Best New Artist category at the 2020 GRAMMY Awards, which take place on 27 January. At the end of last year, the band shared the official music video for their hit single ‘Colors’ - a powerfully intimate, cinematic, Melanin-packed depiction of the joys and hardships of life colliding, directed by SXSW Film Festival Best New Music Video winner Kristian Mercado (Hurray for the Riff Raff's ‘Pa'lante’).

‘Colors’ has racked up some 18 million streams, been Shazamed 150K times, and the band's incredible live video of the song went viral with over 11 million views to date. Black Pumas performed ‘Colors’ on Jimmy Kimmel Live, following their network TV debut on CBS This Morning, and will next week perform on the Tonight Show Starring Jimmy Fallon.

Black Pumas' live show has been called “electrifying” by The Guardian, and following their Austin City Limits taping, the Austin American-Statesman raved, “To say Black Pumas is having a moment is like saying summer this year in Austin, Texas, has been pretty hot. With sold-out shows at large concert halls around the globe, singles clocking seven figures on streaming services and enthusiastic shoutouts from top-tier national publications, the band isn’t ascendant. It is skyrocketing.”