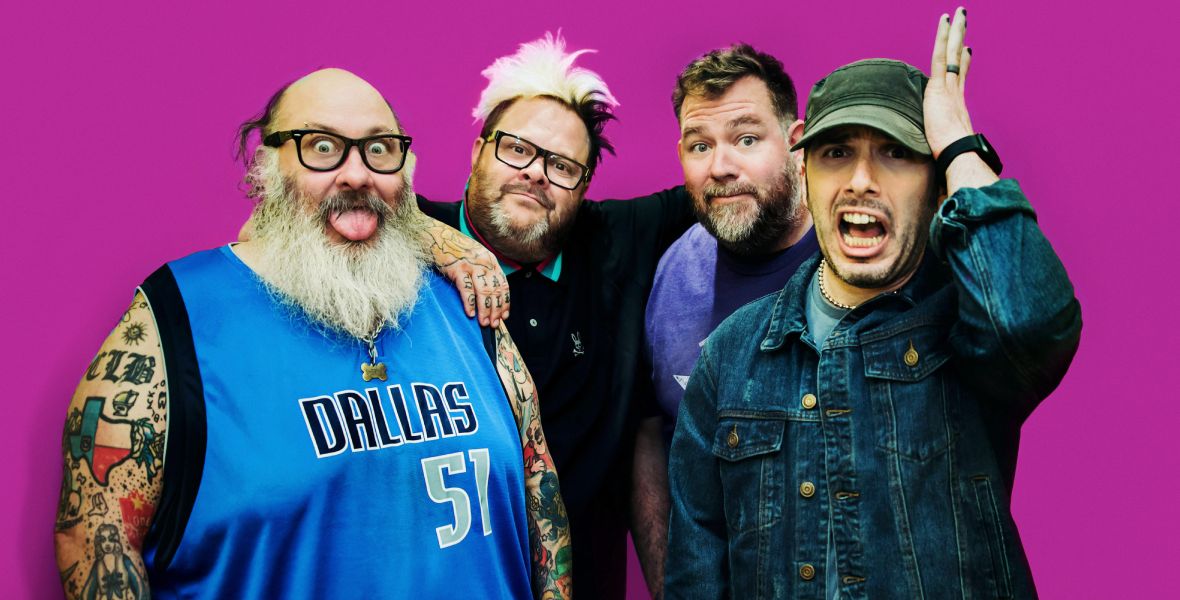 More Info
For more on Bowling For Soup
Book Now

Texas rock band Bowling For Soup have announced that they are coming to Dublin to play 3Olympia Theatre on Saturday 3rd December 2022, in celebration of their brand new album Pop Drunk Snot Bread.

Tickets priced from €32.50 including booking fee & €1 restoration levy on sale now with Ticketmaster

Founded in 1994, Bowling For Soup are renowned worldwide for their tongue-in-cheek take on pop punk and alt-pop. They broke through to the mainstream in 2002 with the release of their fourth studio album Drunk Enough To Dance, which included the Grammy-nominated single ‘Girl All the Bad Guys Want’.

Since then, Bowling For Soup have released ten more albums and a host of singles, including the mega-hit ‘1985’. In April of 2022, they released their eleventh studio album Pop Drunk Snot Bread (a rip on the phrase ‘Pop punk’s not dead’), which was the first to feature Rob Felicetti on bass and backing vocals. Featuring tracks such as ‘I Wanna Be Brad Pitt’, ‘June Carter Cash’ and ‘The Letter 3 (Sitcom Song)’, the album has been described as one of their best records to date and maintains the incredibly high standards of a band that have become the patron saints of modern pop-punk.

Bowling For Soup will be joined on the night by Nottingham Alt-rock band As December Falls and by the Thomas Nicholas Band.

With special guests As December Falls and the Thomas Nicholas Band. 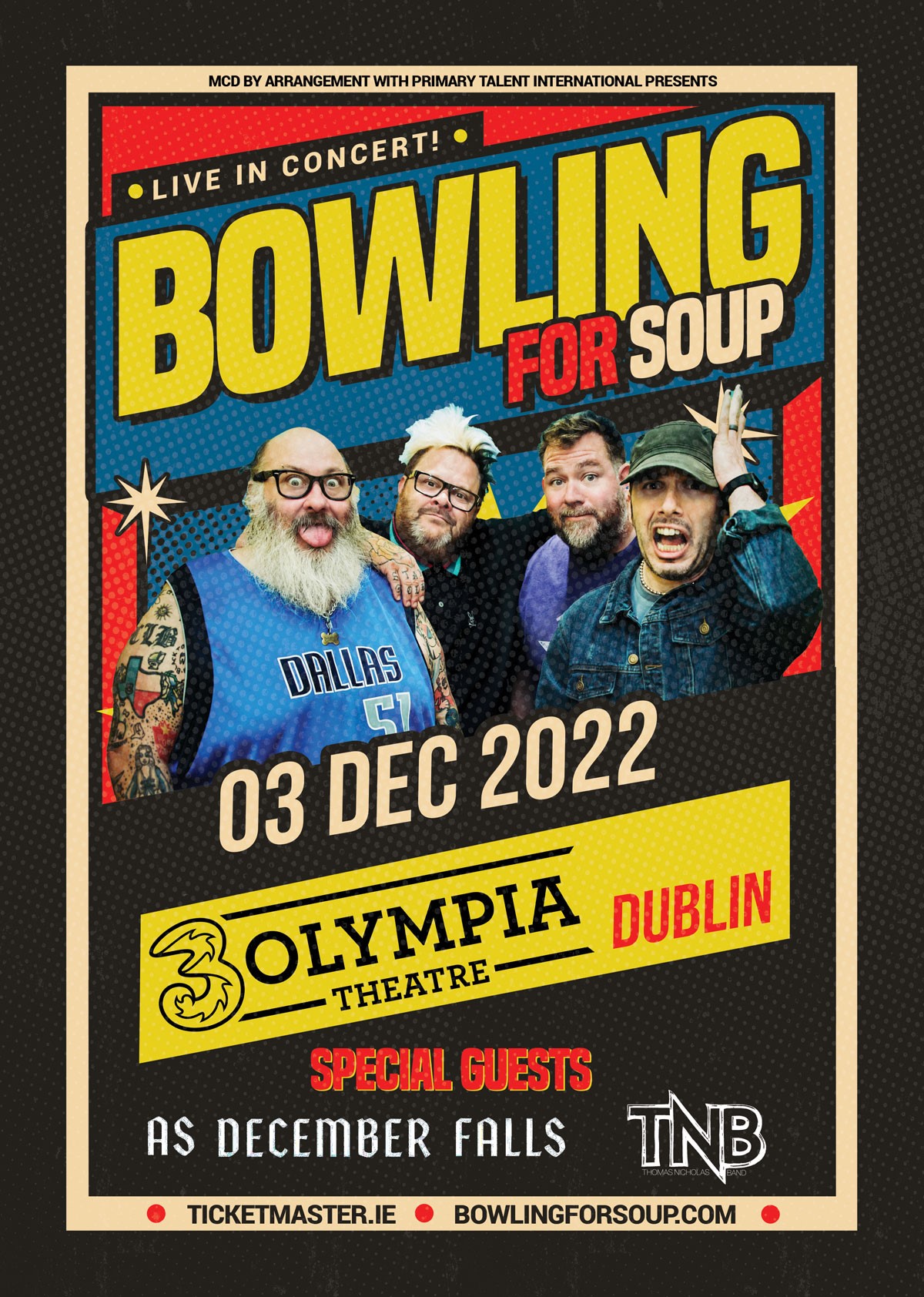