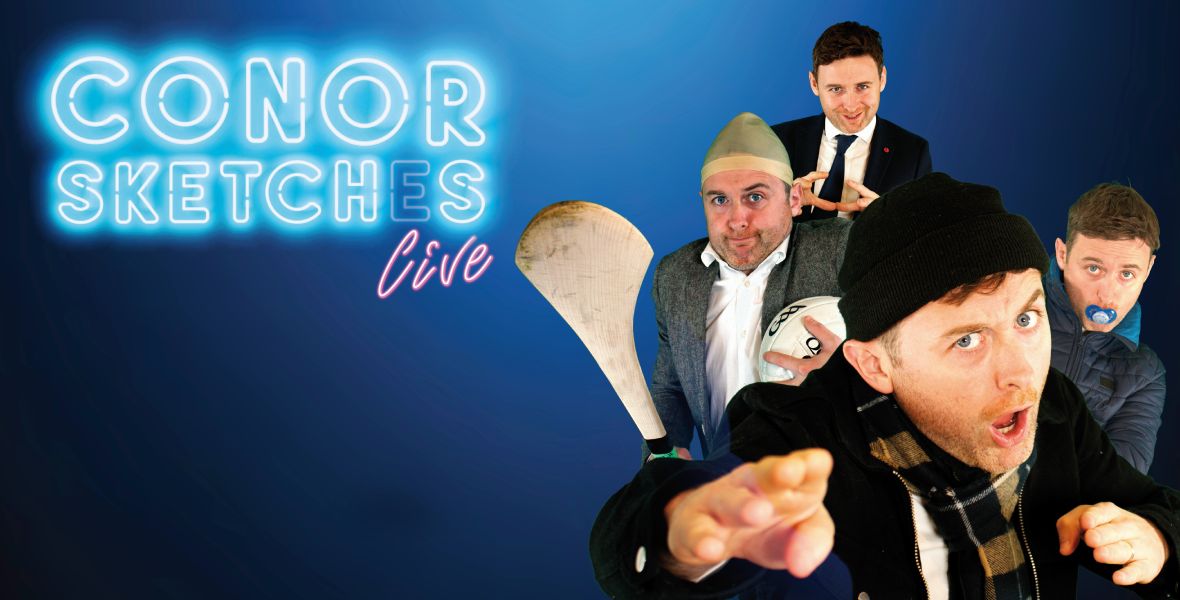 Following the success of his debut Nationwide tour, comedian and social media sensation Conor Moore aka ‘Conor Sketches’ played one of his biggest shows to date in 3Olympia Theatre on Thursday 2nd February 2023. Due to demand a second date, Thursday 2nd March 2023 was added!

Tickets priced from €34.90 including booking fee & €1.50 restoration levy on sale now with www.ticketmaster.ie.

In ‘Conor Sketches Live’ Conor will bring impersonations of his Irish favourites to life on what will be a hilarious night of non-stop laughter. Tommy Tiernan, Michael D Higgins, Davy Fitzgerald, Ger Loughnane, Jurgen Klopp and even the legendary David Attenborough will ‘take to stage’, alongside cameos from Roy Keane, Conor McGregor, Katie Taylor and many, many more.

Conor’s comedy sketches have taken him around the world many times, filming with Tiger Woods, Jose Mourinho, Jim Jeffries, Rory McIlroy, Daniel Ricciardo, and Harry Redknapp to name but a few. His career continues to go from strength to strength, with a wordwide audience tuning into  ‘The Conor Moore Show’ for NBC’s The Golf Channel, and over 65,000,000 views on YouTube alone.

Approximate stage times as follows: doors open 7pm, show begins at 8pm, expected to end circa 10pm with an interval.

The fees for this event include a €1.50 restoration levy