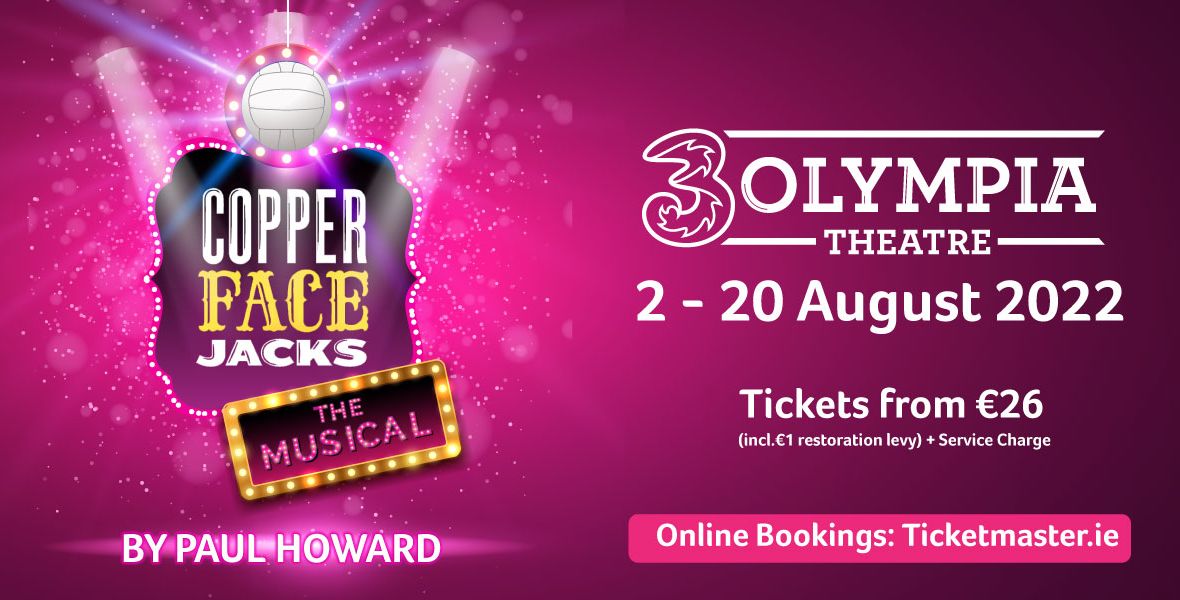 Paul Howard's smash hit musical, Copper Face Jacks: The Musical, is back for a third time at 3Olympia Theatre due to phenomenal demand.

The Craic Is Back....Paul Howard's smash hit musical comedy, Copper Face Jacks: The Musical is back at 3Olympia Theatre in 2022 following triumphant summer runs in 2018 and 2019.

Packed full of craic, huge laughs, Culchies, Dubs, lots of shifting and an incredible cast, Copper Face Jacks: The Musical, is set to be the summer sensation for a third time!

Copper Face Jacks: The Musical, originally due to take place from 10 June – 27 2020, has been rescheduled to run from 2 – 20 August 2022, with additional performances added. Original tickets and seat selections remain valid for the rescheduled dates. Specific details for rescheduled tickets are available from point of purchase.

Fiona O'Carroll is an actor and current cast member of the popular BBC/RTE sitcom, Mrs. Brown's Boys. She has played the role of Maria Brown since the show's debut in 2011. She reprised her role in the 2014 film Mrs. Brown's Boys D'Movie and the 2017 chat show All round to Mrs. Brown's. Fiona has toured theatres and arenas worldwide on and off for the last 20 years with all five of Mrs. Brown's Boys plays.

From the creator of Ross O'Carroll Kelly - Paul Howard, Copper Face Jacks: The Musical, is a love story set on the eve of a Dublin v Kerry All Ireland Final, when a sweet Kerry girl ends up falling head over her flat-shoes for the Captain of the Dublin football team - Gino Wildes. Can love conquer all as these two young sweethearts face massive cultural and linguistic hurdles on their road to happiness/Croker?

I'm begging you, go! THE most uplifting night EVER!! - Marian Keyes

✭✭✭✭✭”..it has everything Coppers itself has- drama, laughter, some serious tunes, and even a few Mickey Finns! - The Irish Sun

“If you've ever stepped foot in the door of the infamous nightclub, you will see that this musical is so accurate it's kind of scary, but in the best way.” - Her.ie

✭✭✭✭ 'A belter of a show...a joy to behold' - Irish Daily Mail

'One of the hits of the summer' - Sunday Independent

'The entire Olympia up and on its feet dancing and cheering by the end. Highly recommended' - Joe.ie

'You will have pains from laughing' - Evoke.ie

'An Unadulterated Joy' - The Arts Review 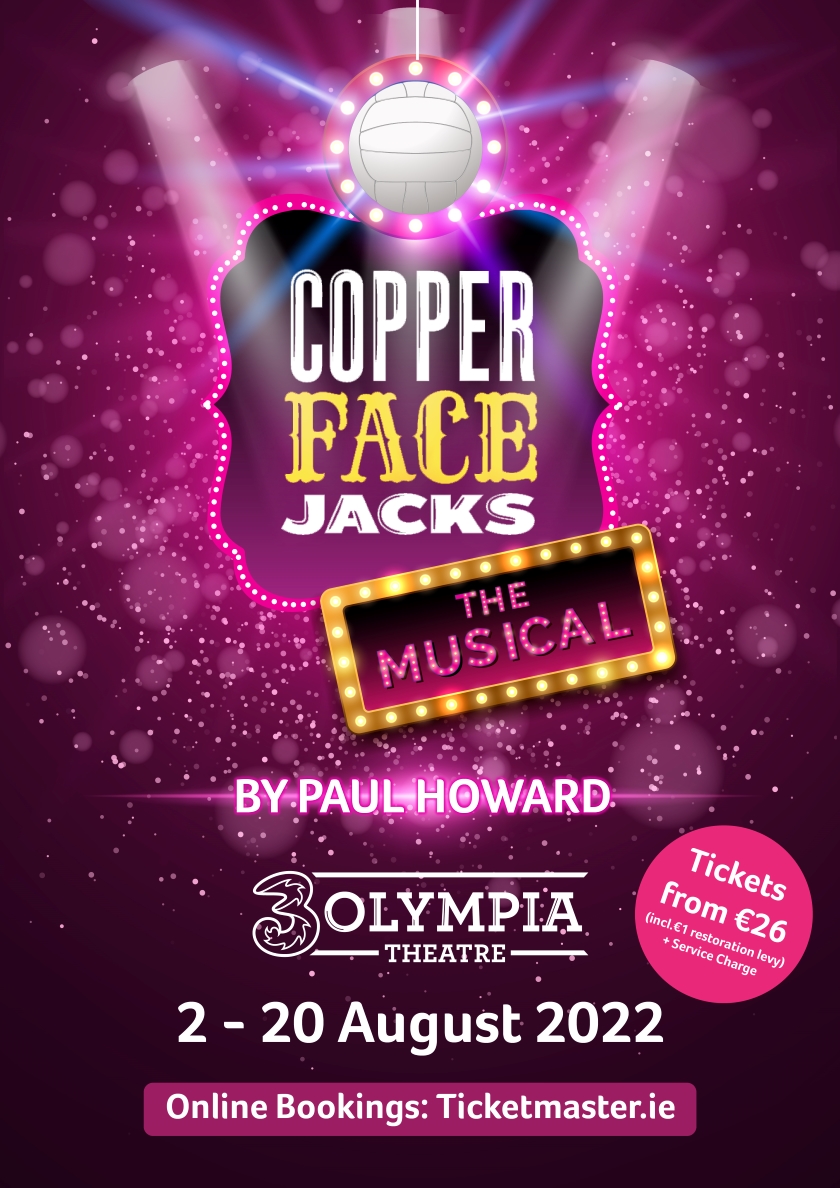