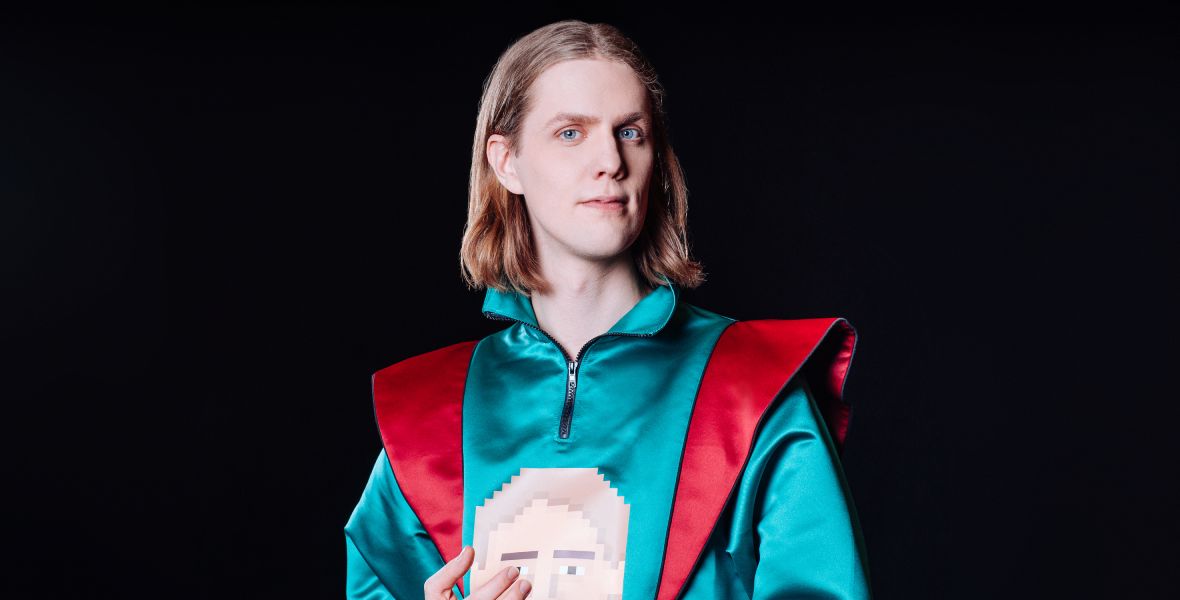 Tickets for his shows in The Academy Green Room on 2nd & 3rd April 2021 are now valid for Thursday 2nd June 2022, no exchange necessary.

Music and family are the most important things in the world to Daði Freyr. It’s what drives him forward, what inspires him, and it’s what keeps him rooted to Iceland, to the close-knit communities he has always adored.

An artist who obsesses over the intricate craft of the pop song, Daði Freyr is a student of Eurovision. Working with the group Gagnamagnið – which translates as ‘data plan’ - ‘Think About Things’ radiates with all the joy and unity the competition can provide, while also offering something deeply authentic and new.

Approximate stage times as follows: doors open 7pm, support from Mickey Callisto due on at 8pm, with Da∂I Freyr due on around 9pm. We expect the show to be over around 10.30pm or so.

It all started in his Berlin studio. Part of the Icelandic diaspora, he takes a part of the island with him wherever he goes. Working from a tiny space in his flat, Daði Freyr’s DIY approach is matched to colossal pop ambition, a true student of melody and lyric. ‘Think About Things’ was directly inspired by becoming a father, by the changes in his life, and it’s brought Daði closer to those around him.

His wife, Árný Fjóla Ásmundsdóttir, is on keys. Backing vocals come from his two sisters. Daði even borrowed a vintage microphone from his father – a noted sound engineer – to help get the perfect sound. ‘Think About Things’ is an irresistibly joyous song that not only connects Europe, it also links three generations of his own family.

‘Think About Things’ is impeccably pieced together. Each instrument is given space to express itself, with Daði moving from the intro to the stunning chorus; from the layered breakdown to the tongue in cheek wind machine section. The song is designed to be seen by the world, all part of his intricate masterplan, coupled with the stunning live performances and the viral video.

Extremely humble, and obsessed with sound, Daði Freyr ends the song as he begins – surrounded by his family, reaching out to Europe.