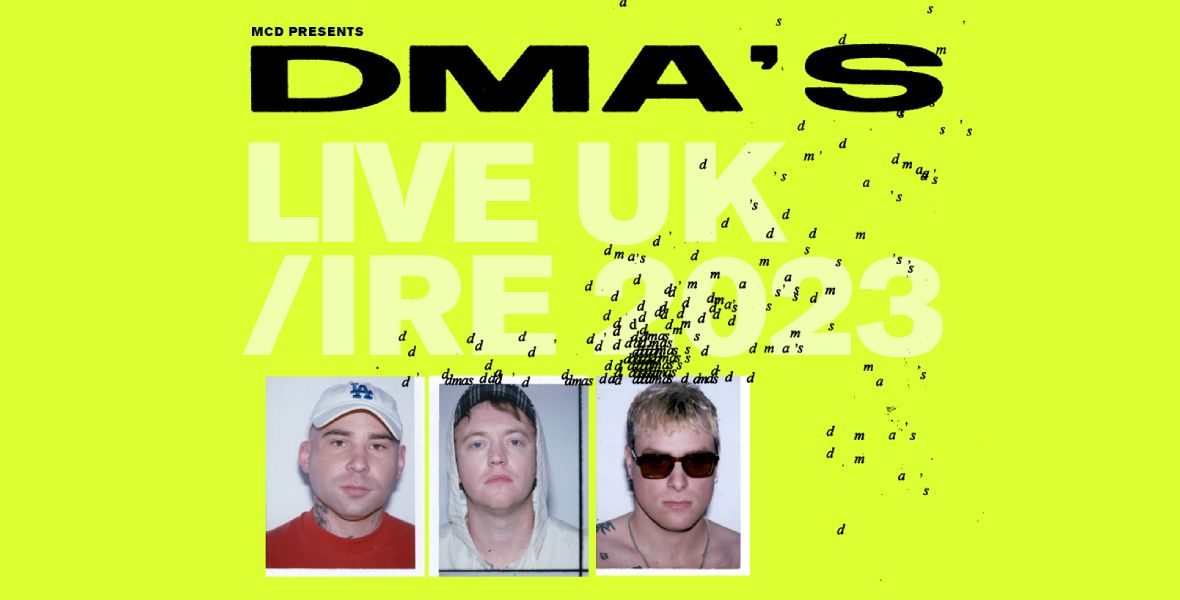 DMA’S have announced a Dublin headline show at 3Olympia Theatre on 23rd May 2023.

DMA’s have just shared more new music from their highly-anticipated fourth album How Many Dreams?, with the release of new single ‘Fading Like A Picture’ with an accompanying video shot by award-winning filmmakers DIVISON (A$AP ROCKY, Rosalía, Megan Thee Stallion).

How Many Dreams? is set for release on 31st March 2023 via I OH YOU. Pre-order the album here.

DMA’S new material arrives as their first since last year’s celebrated EP I Love You Unconditionally, Sure Am Going To Miss You, which in turn followed the band’s highest charting album to date, 2020’s THE GLOW (UK Official Albums Chart #4, Scotland #2 and ARIA #2).

As the band sit on the cusp of releasing their new album How Many Dreams?, DMA’S have found an iconic, mythical status among their fanbase – 65,000 ticket sales on their last UK tour alone shows the open-armed response they elicit on international shores.