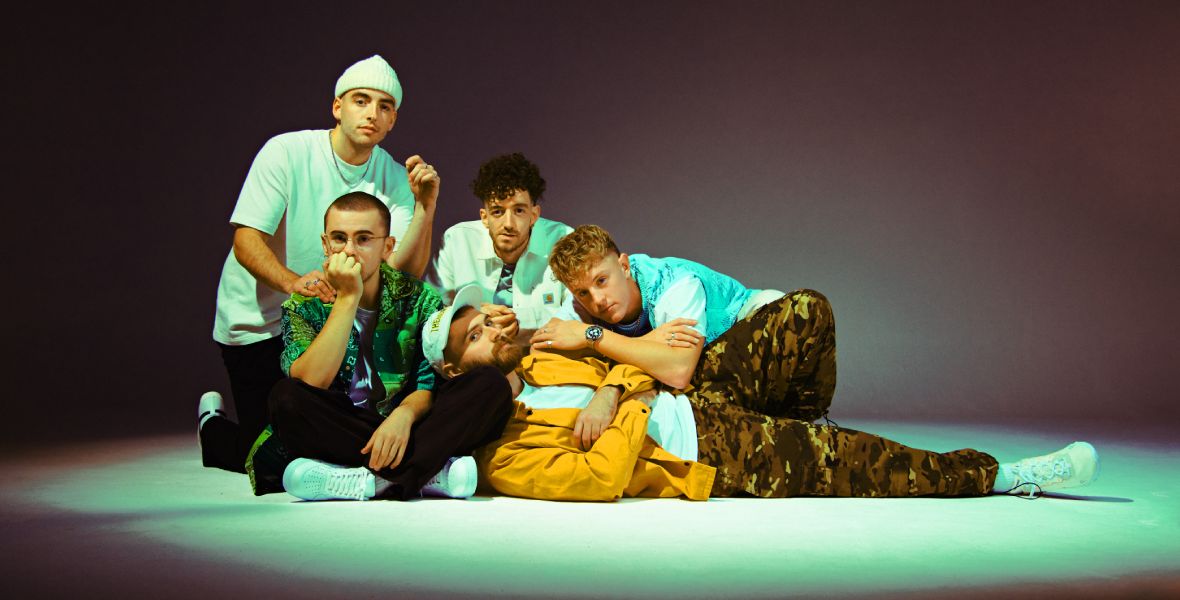 Berwyn has been announced as main support!

easy life's much-anticipated debut album ‘life’s a beach’ was released on 4th June. The record is introduced today by its powerful opening track ‘a message to myself’, and includes standout singles ‘nightmares’, ‘daydreams’, and more future-classics from the Leicester five-piece; who have already charted in the top 10 (on the ‘Junk Food’ mixtape), won ‘Best New British Act’ at the 2020 NME Awards, and amassed a huge live audience around the world with their unique brand of optimism (with more tour information & details of easy life’s next single coming soon).

Receiving its first play on Radio 1 tonight, ‘a message to myself’ is easy life’s most candid and cathartic moment to date. A symphonic essay on depression - and a rallying call for self-love - the band worked on the track alongside world-class producer BEKON, whose credits include Kendrick Lamar’s ‘DAMN’ and BJ The Chicago Kid’s ‘In My Mind’. One of modern pop’s more unsuspecting stars, ‘a message to myself’, says easy life front-man Murray, “is a reminder to keep doing you. It’s a celebration of individualism at all costs. Be yourself, nobody can do you better.”

The leaders of the pack
NME

2021 marks easy life’s graduation into the UK’s definitive young band. Over the last few years, the group have paved their own way via a catalogue bursting with introspective, escapist, outsider-anthems. Their effortlessly accomplished mixtapes – ‘creature habits’, ‘spaceships’, and ‘junk food’ (which featured their only duet to date, Arlo Parks) – have led the rascal band of brothers to debut album, ‘life’s a beach’: a title that makes total sense, argues Murray, when you’re “from slap bang in the middle of the country, geographically as far from the nearest seaside as possible.” The beach of ‘life’s a beach’ is not, then, a Caribbean hideaway. It’s Margate and Morecombe, the postcard imagery of Martin Parr, the swimming pool of Sexy Beast.  Observational, universal and deeply personal, this rounded study of forgotten Britain is the record easy life have spent their young lives working towards. The fact they’re set to release their debut album as the UK enjoys – hopefully – a safe return to the beach seems oddly fitting amidst their unpredictable rise to date.

A band formed right down to the name itself as an escape (wherever you’re from, or from your inner demons), songs like ‘a message to myself’ cement easy life’s place in the world - as musicians, as young men, and as beacons of positivity. Or as Murray sums up their upcoming debut album - “it’s a record that wishes it was anywhere else but here, yet at the same time fixates on a dreary middle England existence.” There may be more rain on the way, but ‘life’s a beach’ is easy life’s absolute moment in the sun.

"Vibey, laidback...comically surreal" Fader
"One of the most buzzed about bands...undisputed bops" Wonderland
"easy life aren’t like any other band you’ve heard before" COLORS

Imagine what would happen if Alex Turner, Kaytranada and Loyle Carner collaborated, and you’ll get something fairly close to easy life’s indefinable sound
GQ