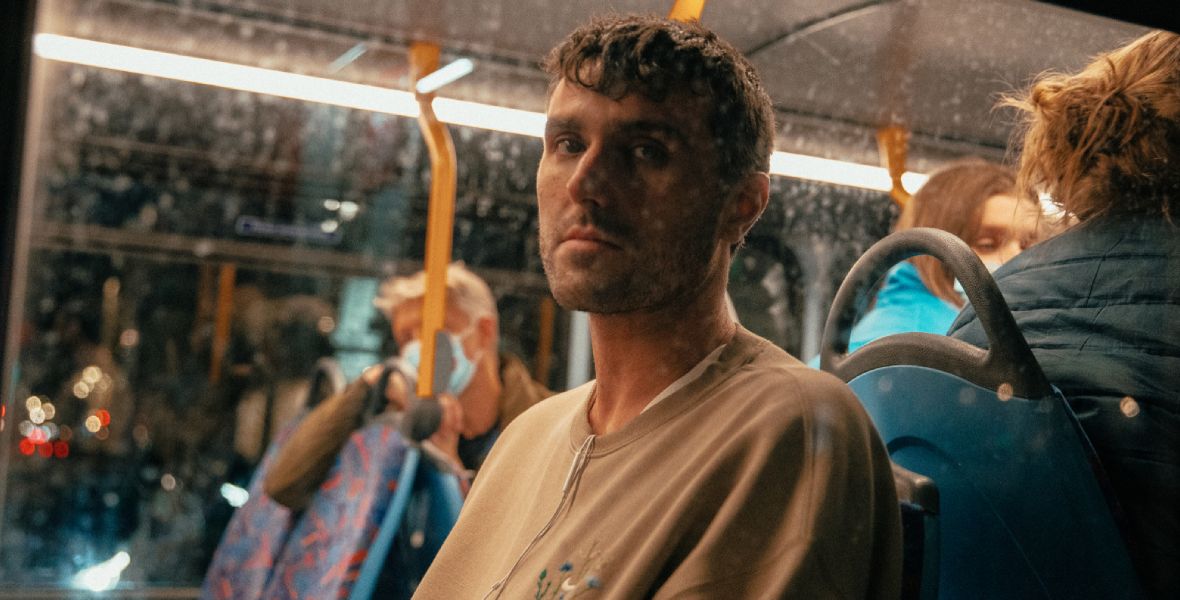 Groundbreaking artist and producer Fred again... has announced his autumn 2022 tour will kick off with a date at 3Olympia Theatre on Tuesday 22nd November.

Groundbreaking artist and producer Fred again.. announces his new album Actual Life 3 (January 1 - September 9 2022), the third of his hugely successful Actual Life trilogy. To celebrate the announcement, Fred has shared a new track taken from the album, ‘Danielle (smile on my face)’ which samples the acapella of 070 Shake’s ‘Nice To Have’ - his most listened to track this year and a song that has soundtracked his “actual life”. Listen to ‘Danielle (smile on my face)’ HERE

Building on the template already laid down with his debut LP, Actual Life (February 2nd - July 19th) and its companion follow up Actual Life 2 (February 2 - October 15 2021), Actual Life 3 sees Fred again.. resume his diary-esque approach to production. His intimate use of voice notes from friends, videos found whilst scrolling on instagram and samples from important records in his life serves as a personal record of his life experiences, offering insight into his world over the past year. Actual Life 3 is a continuation of an autobiographical body of work that both references and pushes forwards the heritage of UK electronic music while standing as testament to the power of music in facilitating catharsis, healing and celebrating the realities of friendship, love and life.

So far in his short career, the prolific London artist has released two acclaimed, deeply personal albums from his Actual Life series which were beloved by fans and critics alike. Last year also saw Fred again.. become one of the year's most talked about live acts as he transformed his Actual Life records into an immersive, communal real-life experience for the first time. With shows selling out across the UK and USA, he was named one of Mixmag's "Top 10 Live Acts Of 2021". Fred continued his upwards trajectory with the viral success release of his Boiler Room set last month, which has to date surpassed over 5 million streams, overtaking the numbers seen by artists such as Disclosure, Richie Hawtin, Skream & Fatboy Slim in only 4 weeks.

Accepted forms of ID would be a valid up-to-date passport with a recent photo, EU ID card, drivers’ licence (provisional/full), or Garda age card. Photocopies will not be accepted.

Approximate stage times as follows: doors open 7pm, support from Joy Anonymous from around 7.50pm, Fred again.... stage time to be confirmed. We expect the show to be over around 10.45pm or so 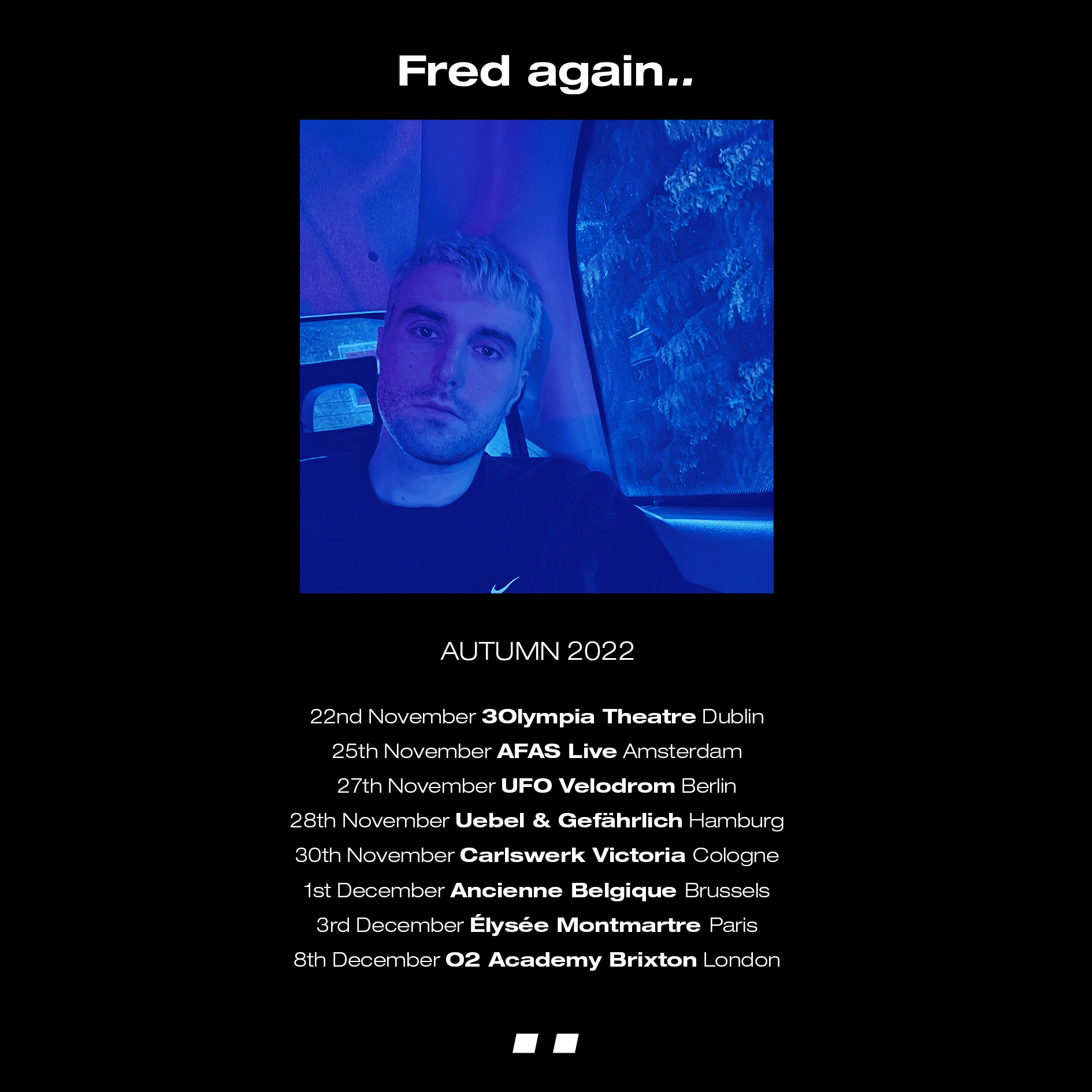