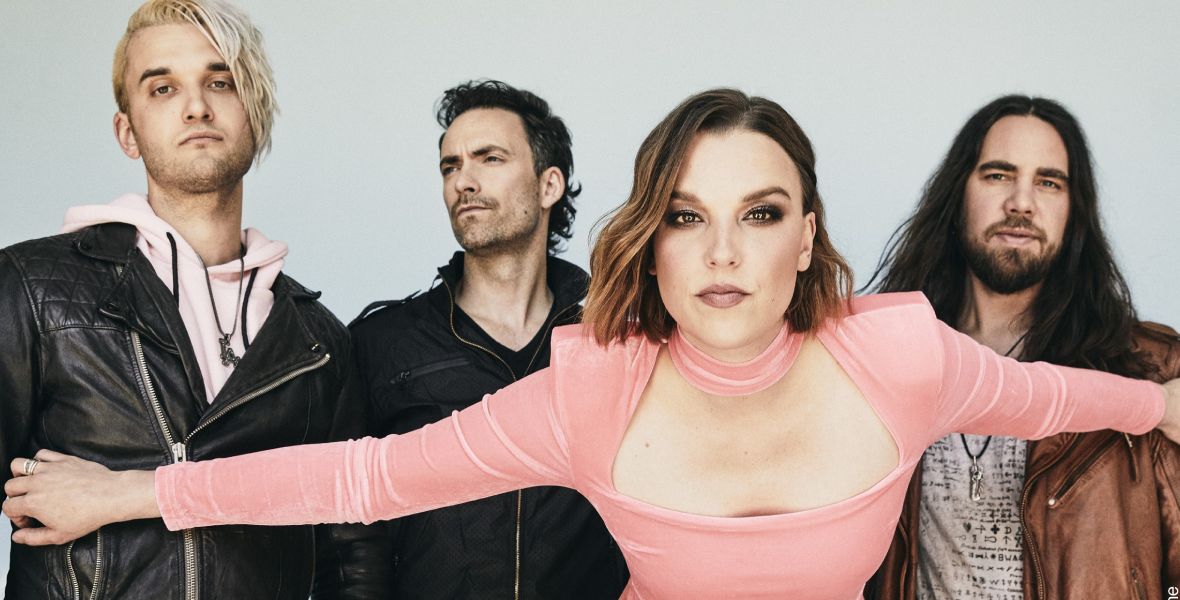 Hot on the heels of announcing their Nov/Dec 2021 US touring extravaganza with Evanescence, US rockers HALESTORM have announced a Dublin show at 3Olympia Theatre on Friday 4th March 2022.

The show on this tour will be “An Evening With...” performance in smaller than usual venues, making the band’s patiently awaited return to the stage an intimate and special experience, both for fans and themselves.

Powerhouse frontwoman Lzzy Hale enthuses, “We are so excited to announce our upcoming Evening-With tour of Europe this February through March 2022! That’s right, All Halestorm, all the time! A collection of up close and personal shows where we will be performing deep cuts, all the fan favourites, and even some brand new songs! Come join us!”

To date, Halestorm’s catalogue encompasses two gold singles “Here’s To Us” and “I Get Off,” two gold albums Halestorm and The Strange Case Of…, and one platinum single “I Miss The Misery”, in addition to streams in excess of a half-a-billion—all unprecedented accolades for modern rock. They logged two back-to-back Top 10 debuts on the BillboardTop 200 & UK Official Album chart, namely Into The Wild Life [2015] and Vicious [2018].

Among a pair of nominations, the musicians notably scored the 2013 GRAMMY® Award for “Best Hard Rock/Metal Performance” in recognition of “Love Bites (So Do I)”. The latter smash affirmed the quartet’s place in the history books as “the first female-fronted band to hit #1 on the Active Rock radio charts.”

Halestorm was also named Loudwire’s “Artist of the Decade” in 2019. In addition to selling out shows worldwide, they shared stages with the likes of Eric Church, Joan Jett, Avenged Sevenfold, Alice Cooper, Rob Zombie, ZZ Top, Heaven & Hell, Evanescence, and Judas Priest, to name a few.