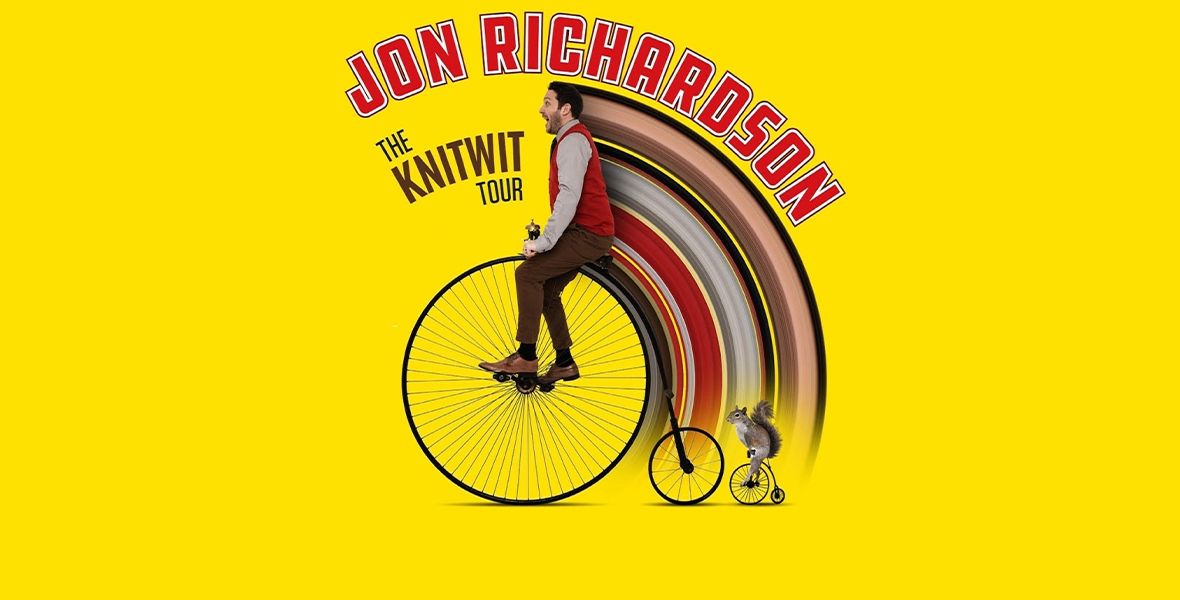 Due to phenomenal demand, Jon Richardson has added a second show at 3Olympia Theatre on 17th January with his Knitwit Tour 2023.

Will the recycling be put out on the right day?  Who is going to smooth over the top of the margarine?  How many lights are on upstairs when everybody is downstairs?

Watch Jon pretend that these aren't his foremost concerns as he leaves home on his first tour since the last one.

Jon’s best known as a team captain on 8 Out of 10 Cats Does Cats Countdown (Channel 4), host of Dave’s Ultimate Worrier, and upcoming sitcom Meet the Richardsons. As well as Would I Lie To You (BBC One), Have I Got News For You (BBC One), Michael McIntyre’s Comedy Roadshow (BBC One), and Taskmaster (Dave).

A wildly funny whinge of volcanic frustrations
The Guardian