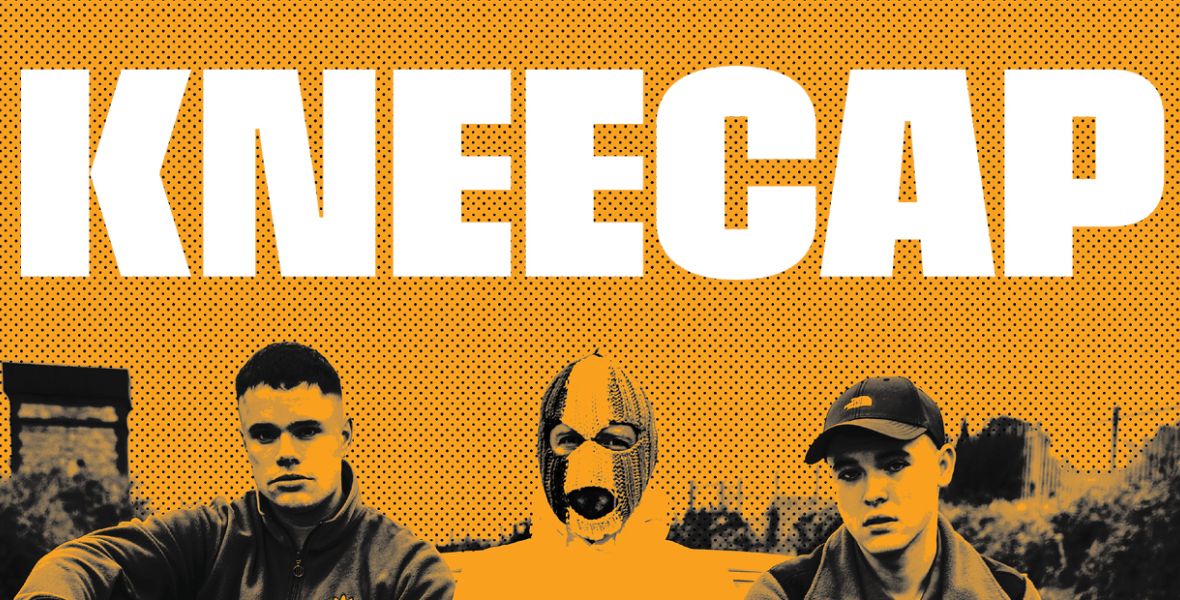 KNEECAP will play a sold out show at 3Olympia Theatre on Tuesday 16th November 2021.

After the incredible success of their totally sold out Academy headline show, KNEECAP are back with their biggest Dublin show to date at 3Olympia Theatre!

Despite only forming in 2018, the mythology of Kneecap precedes them. Banned by RTE. Kicked out of UCD. Condemned by the DUP. And Front Page news for their UK 'Unite the Union' Tour poster and its "violent imagery".

Mo Chara, Móglaí Bap, and DJ Próvaí have built up a notoriety for themselves which hasn't been seen in Irish music, possibly ever. Even if you put all that to one side, Kneecap are a frighteningly articulate rap group. Merging Irish with English, satire with socially conscious lyrics, and reality with absurdity, theirs is a voice which comes screaming from the too-often deprived areas of the North, speaking in a language which is too-often ignored, and it makes for suitably electrifying stuff.

There seems to be no stopping their spectacular rise, with sold out tours in the US and UK and main stage festival appearances now the norm. Whether you understand half of what they're saying or not, you won't want to miss them... 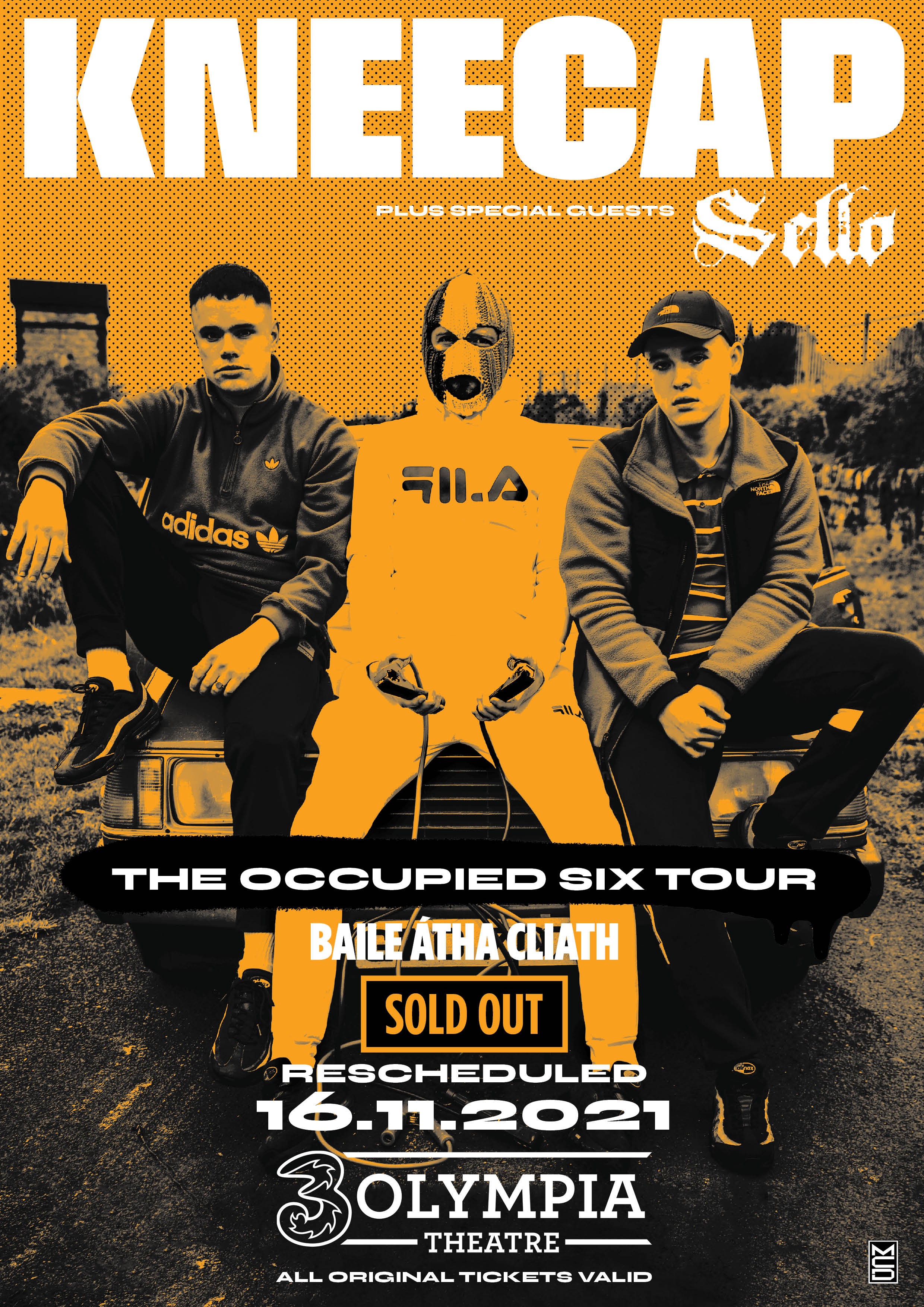