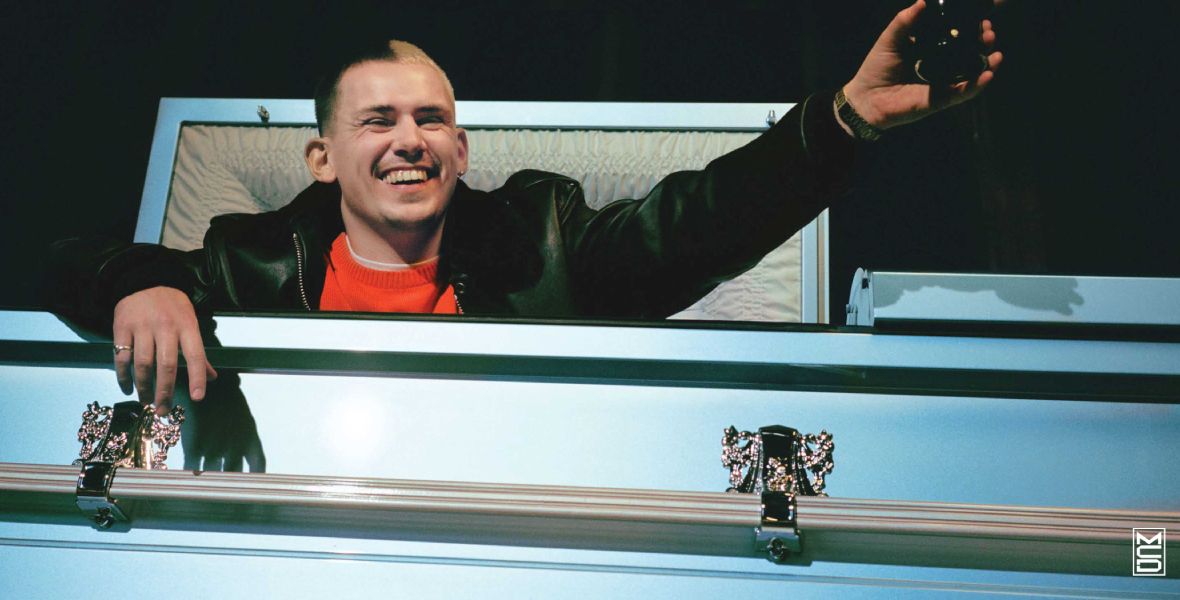 Kojaque has announced a headline show in 3Olympia Theatre as part of the Town's Dead Tour on Friday 19th November 2021.

Emerging in 2015 with a video performance piece for Midnight Flower, a literally breath-taking performance piece taking place under water, Kojaque co-founded Soft Boy Records with Kean Kavanagh. Soft Boy quickly became a hub for experimental hip-hop, jazz, and the indiscernible genres that emerge when artists with vision find their voices.

Deli Daydreams arrived in 2018, ostensibly a concept album orientating around a week in the life of a deli worker, and loaded with heartbreak, tenderness, side-angle views at masculinity, and loneliness. The project was nominated for the Choice Music Prize, the prestigious album of the year award for music from Ireland. Green Diesel (2019), a collaboration with Luka Palm, followed.

Soft Boy became the subject of a Boiler Room documentary, Mercury Prize-nominated UK rapper slowthai chose Kojaque to accompany him on his sold out European tour to promote his album Nothing Great About Britain, and festival appearances exploded at Glastonbury, SXSW, Pitchfork Music Festival Paris, alongside multiple UK and Irish tours.

Kojaque’s directorial vision continues to create incredible videos for his tracks, vignettes that explore intimacy, isolation, hedonism, and offer a brilliantly surreal immersion into the Soft Boy world. In 2020, Kojaque performed a COLORS show with the track Shmelly, the first single from debut album Town’s Dead.