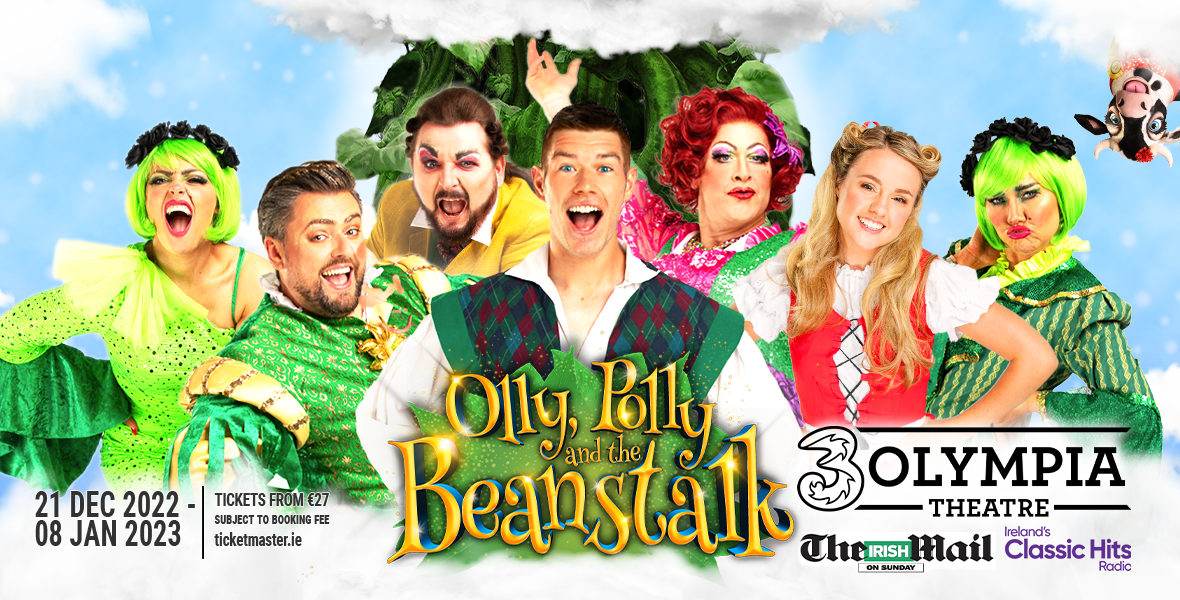 It’s BEAN too long, live entertainment is back in full swing and so are Olly and Polly in Ireland’s funniest and most exciting Panto!

OLLY, POLLY & THE BEANSTALK IS BACK!

Join Olly, Polly and their dancing Cow in this hilarious Beanstalk Climbing, Roof Raising, Action Packed spin on the classic tale of 'Jack and the Beanstalk'

With a laugh-a-minute script, dazzling dancers and all-star cast, Olly, Polly & The Beanstalk is bursting with magic and madness and is not to be missed!

Delivering big laughs and even bigger surprises this GIGANTIC pantomime will most certainly be Fe-Fi-Fo-FUN for all the family this Christmas & will be the perfect Happily Ever After to 2022!

THE MUST-SEE Panto in Dublin!  Ireland’s funniest family Panto is back and bigger than ever - it’s simply unmissable!

With a glittering Celebrity line-up, traditional Panto values and the funniest script, this year will be as star studded and surprising as ever! There’s something for everyone in this magical Panto with stars of stage and screen and social media’s biggest and brightest!

3Olympia is one of Ireland’s most prestigious theatres. ‘OLLY, POLLY & THE BEANSTALK’ continues 3Olympia’s decades long tradition of bringing the biggest and best to the stage every Panto Season.

Don’t miss Dublin’s funniest Panto for all the family!

Buggy Access: We reserve an area to park buggies for the duration of the show free of charge. Our usher staff will be on hand to assist & ensure these items are looked after.

Booster Seats: Free booster seats are also available for the little ones from the bars of each floor, a refundable deposit of €10 will be required which you can retrieve after the show when you return the seat to the bar.

Baby Changing Facilities: We have baby changing facilities in the Ladies bathrooms on all levels, and in the Gents bathrooms in the ground floor Stalls level.

Please note, children aged two and under will not require a ticket, they can sit on an adult's lap for the performance. Children aged three and over must have a ticket purchased for them.

Panto running times
Please note, the running time of the show is approximately 2 and a half hours including interval, the show can run over sometimes so the times below are an estimate and should be used as a guideline only. 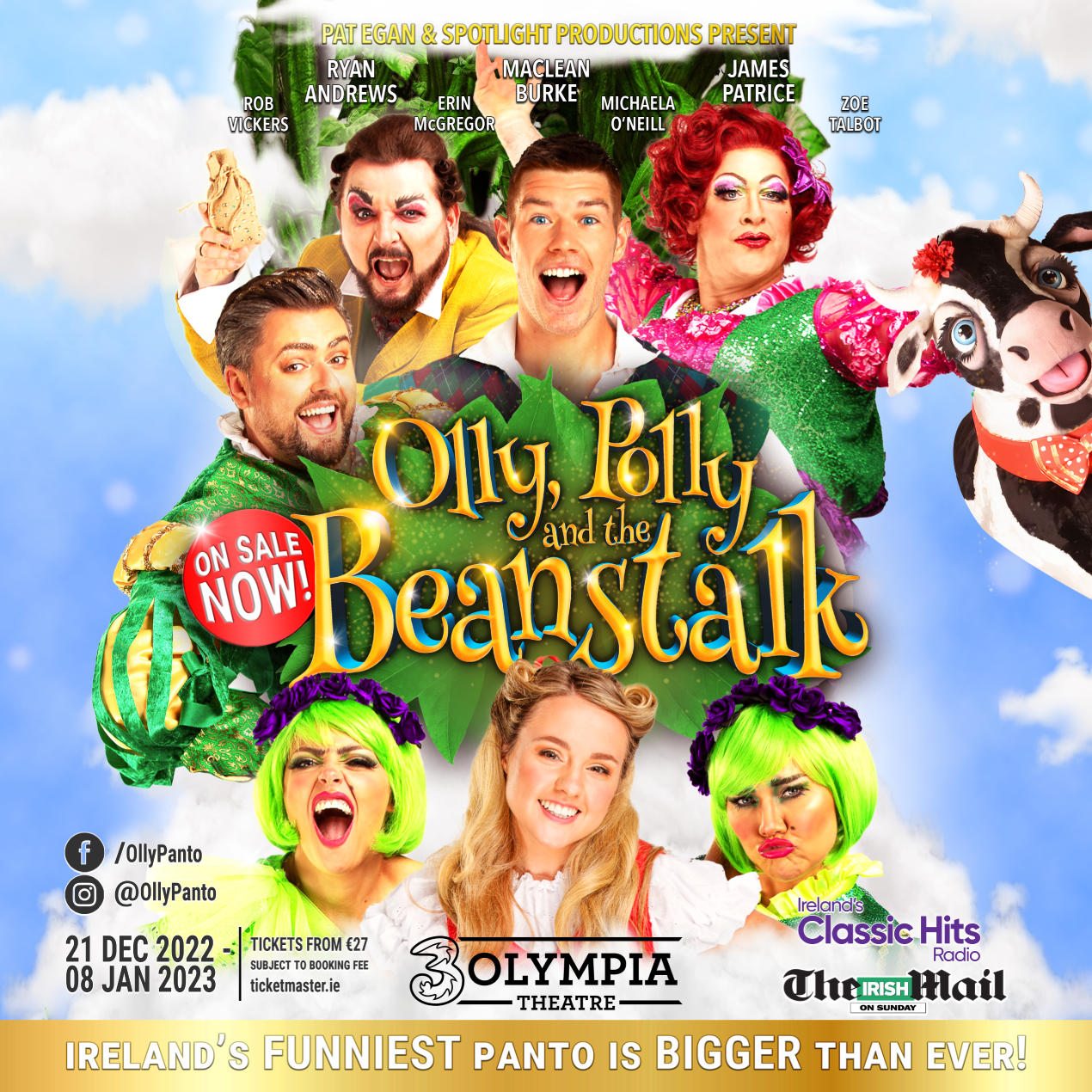