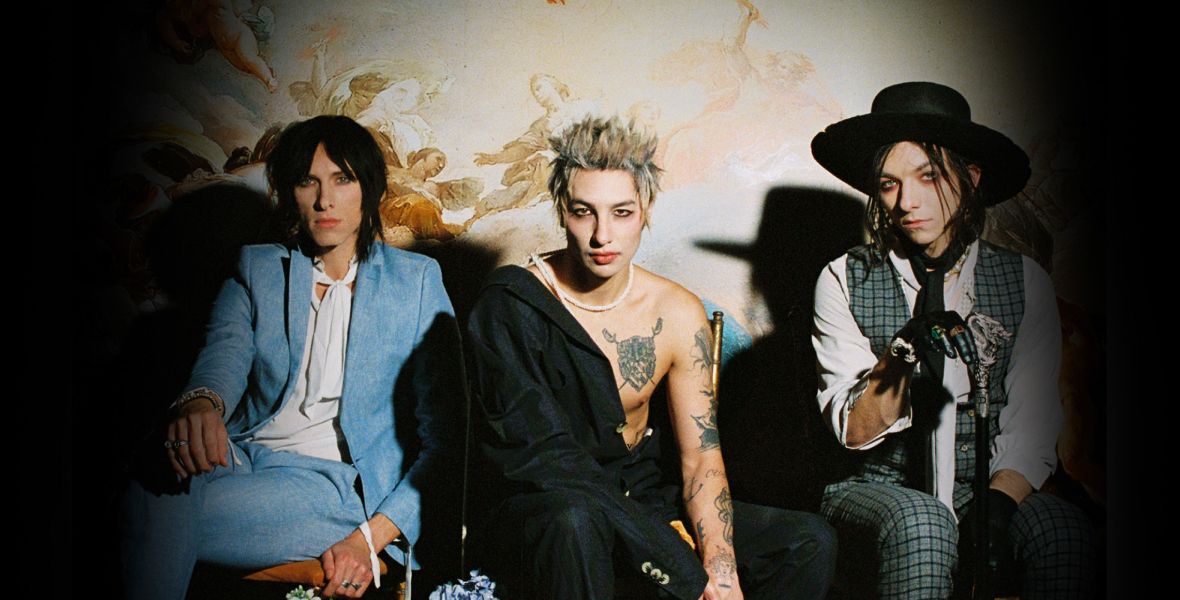 Palaye Royale draw as much inspiration from cinema and philosophy as they do from their musical muses, building a story with libertine reverence for Alan Watts and debauchery-fueled nights at the Chateau Marmont, for Johnny Thunders and The Stooges. This band is equally at home in the hallways of Los Angeles Fashion Week or climbing the lighting tresses at the Vans Warped Tour. They sold out theatres on their first-ever headlining tour and steal the show at each major festival.

Each member of Palaye Royale doubles as musician and visionary. The Pirate, The Vampire, and The Gentleman inspire a level of devotion reserved for My Chemical Romance or Twenty One Pilots, as their deep fan connection crosses genre-divides.