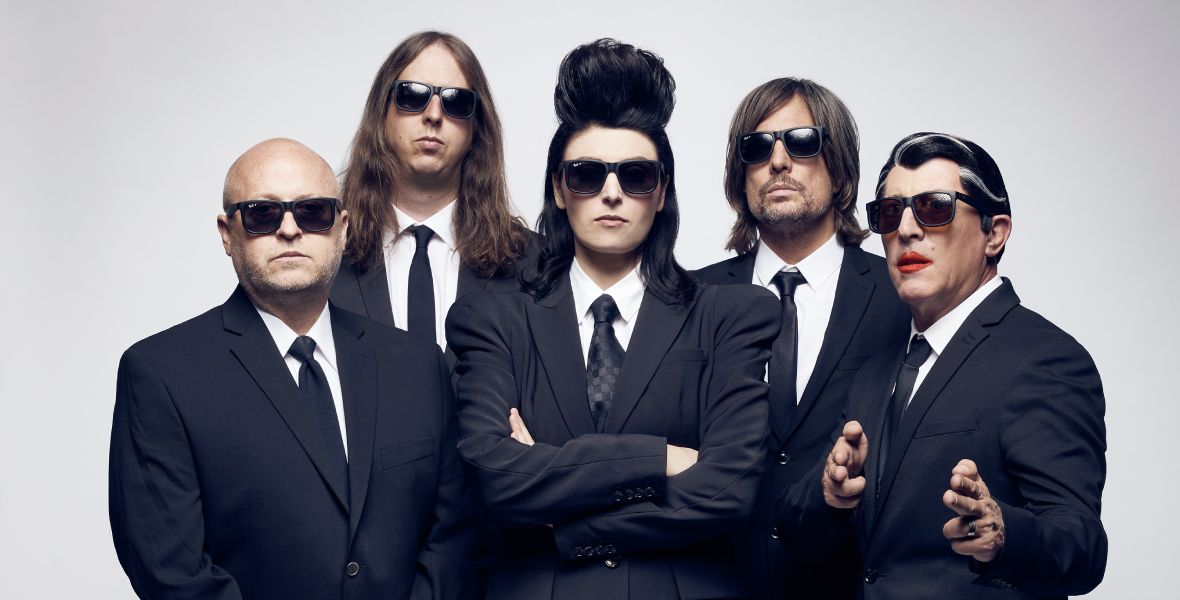 For the first time since the release of their acclaimed album Existential Reckoning, and its dive deep into the world of extraterrestrial life, rock supergroup Puscifer are set to return to Dublin this summer to play  3Olympia Theatre on Saturday 10th June 2023 as part of The Existential Reckoning Tour, their first European tour in over six years.

Tickets priced from €41.35 including booking fee & €1.50 restoration levy on sale with www.ticketmaster.ie.

Born somewhere in the Arizona desert, Puscifer is an electro-rock band, multimedia experience, traveling circus, and alien abduction survivors. The group’s catalog consists of four full-length studio albums — “V” is for Vagina [2007], Conditions of My Parole [2011], Money Shot [2015] and Existential Reckoning [2020]— in addition to a series of EPs and remixes. Beyond the core trio of Maynard James Keenan [vocals], Mat Mitchell [guitar, production], and Carina Round [vocals, songwriting], the group’s ever-evolving ecosystem encompasses a cast of characters such as Billy D and his wife Hildy Berger, Major Douche, Special Agent Dick Merkin, and many more. Meanwhile, the moniker’s origins can be traced to a 1995 episode of the HBO classic Mr. Show where Keenan first utilized the name “Puscifer.”

In addition to tallying tens of millions of streams and views, they’ve piqued the curiosity of press. Entertainment Weekly christened them, “a truly delightful mystery” and Classic Rock Magazine fittingly described the album as “a collection of coldly beautiful electronica.”

Renowned for an immersive live show, the group’s performances blur the lines between concert and theater, traversing the dusty American Southwest with Billy D and Hildy or the sweaty squared circle with Luchadores. They’ve brought this to life everywhere from Coachella to Bonnaroo. On their most recent studio album, Existential Reckoning, Puscifer track Billy D back to the desert and, just maybe, uncover the truth about aliens once and for all. 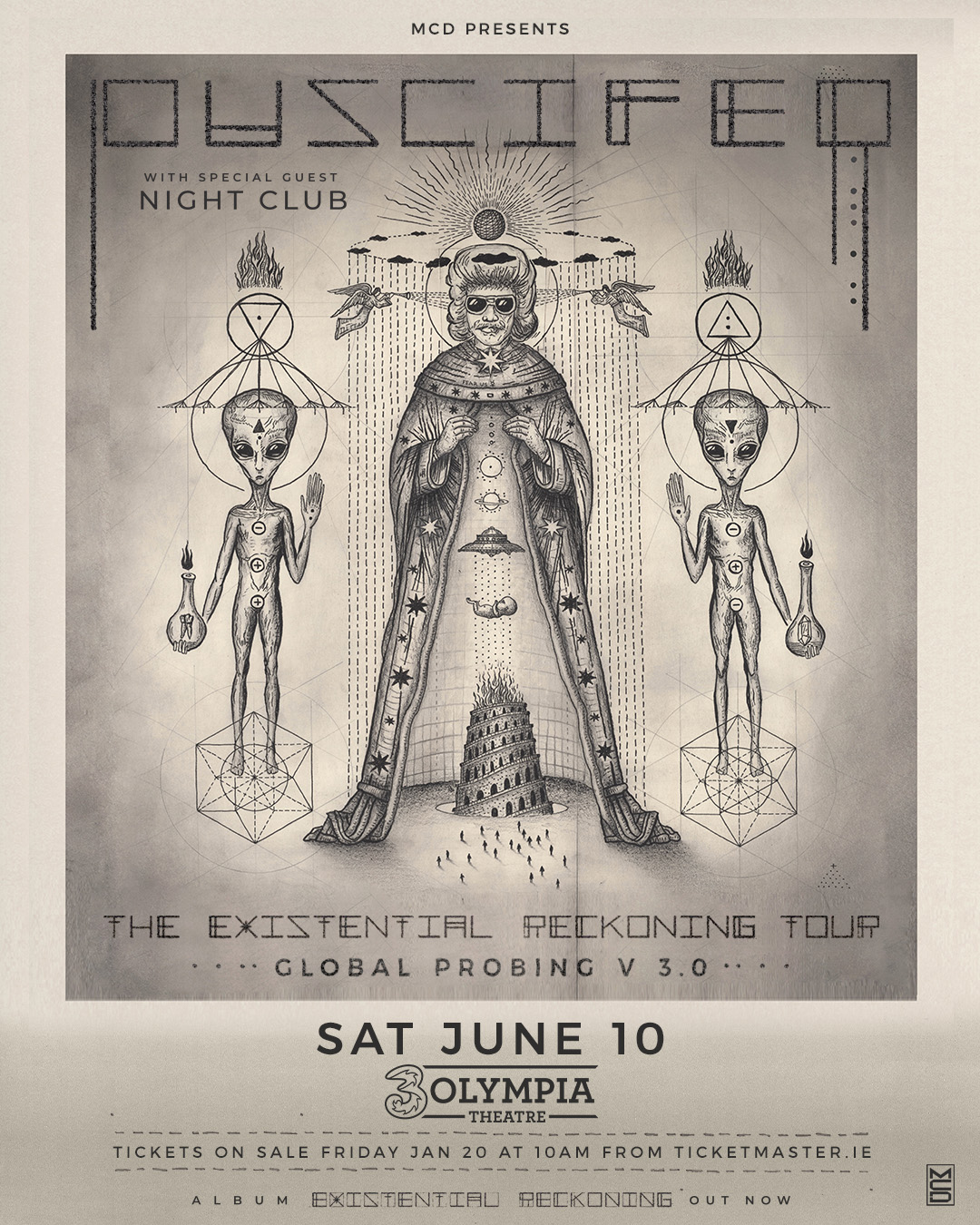