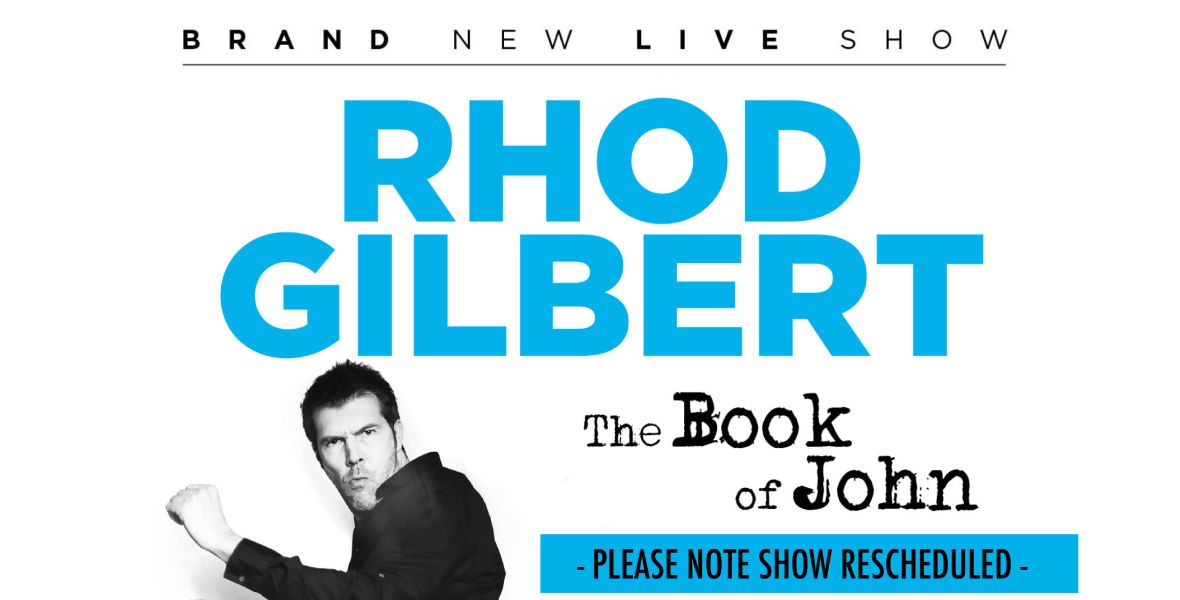 ‘The Book of John’ is raw, personal and brutally honest; no more lies, no more nonsense.

This is Rhod, but different, the same, but not.   Come along and see for yourself.

As one of the UK’s leading stand-up comedy talents, he has enjoyed many successful years as a star of television and radio. He has amassed eight series of his hugely popular ‘Rhod Gilbert’s Work Experience’.  He is the current host of BBC2’s ‘The Apprentice: You’re Fired’ and is the former host of ‘Never Mind the Buzzcocks’.  He’s regularly hosted ‘Have I Got News for You?’ and has appeared countless times on ‘Qi’, ‘Would I Lie to You?’ and ‘8 Out of 10 Cats Does Countdown’.  He has hosted ‘Live at The Apollo’ on multiple occasions and has twice performed on ‘The Royal Variety Performance’.

Tue 3rd May 2022
Show TBC
Doors 7pm
Book Now Approximate stage times will be posted here once we receive them from production.

“A MASTER OF COMIC CONTROL” Times

“A JOY TO BEHOLD" Times 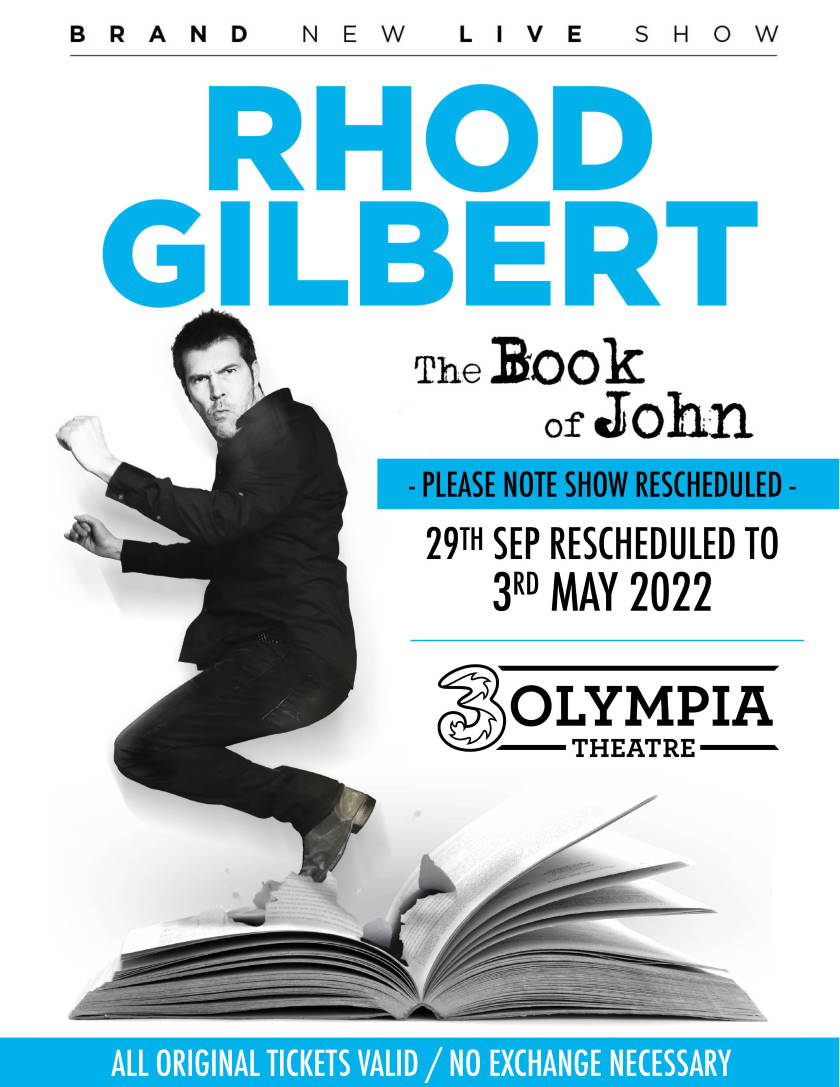