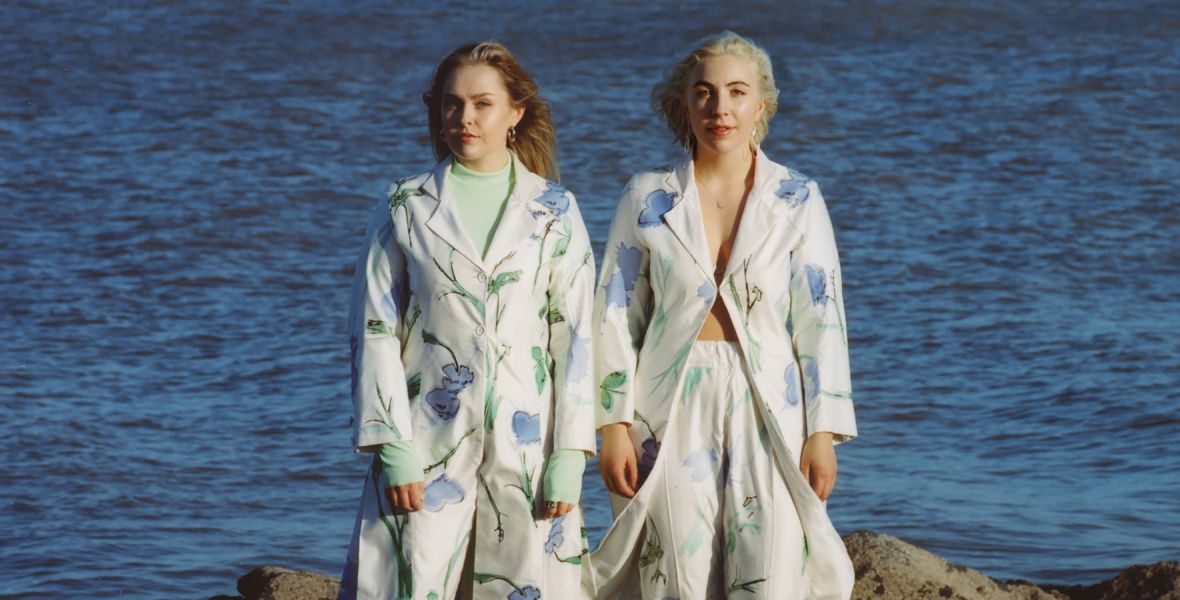 All orginal tickets for 28th November 2021 are valid for the new date, no exchange necessary.

Self-produced and self-released, every inch of Saint Sister's sophomore record, Where I Should End, belongs to them. Written on and off the tour cycle of their 2018 debut LP Shape of Silence, the album seeks to find meaning in a world that doesn’t stand still. And although the stories behind the songs stem from the unravelling and rebuilding of relationships while on the road, Where I Should End finds harpist/arranger Gemma Doherty and vocalist/songwriter Morgana MacIntyre in a place of great certainty, and performing at their peak. The duo, feeling boxed-in by the descriptor “atmosfolk” (a term coined for Saint Sister around their 2015 Madrid EP), challenged themselves to create a distinctive shift in their sound with their new album. On Where I Should End, Doherty and MacIntyre built upon their already evocative, entwining vocals and rich, atmospheric melodies to craft varied and resonant soundscapes that radiate with a breathtaking new warmth.

In the early days of the band, the duo decided that there would be no “front woman” in Saint Sister, so everything onstage was represented as such: MacIntyre behind a keyboard and Doherty behind the harp. Over the past six years, however, they’ve grown more comfortable with defining their roles, and with Where I Should End they’ve chosen to be front and center in everything from the music, to the studio, to their videos, to the artwork—which features the pair clad in distinctive suits created by rising Irish designer Aideen Gaynor, inspired by the work of Susan and Elizabeth Yeats (pioneers of the Irish Arts and Crafts movement).

Approximate stage times as follows: doors open 7pm, support from Anne Mieke around 8pm, with Saint Sister due on at 9pm. We expect the show to be over around 10.30pm/10.45pm.

Where their first record weaves its way through a magical world, Where I Should End—recorded with Rían Trench in The Meadow, Co. Wicklow, and mixed in Berlin with Benedikt MacIsaac—gives more importance to the magic found in everyday life. “Some of these songs wouldn't have fit on the last record because they’re too specific,” explains MacIntyre. “There are lines of dialogue in there that aren't necessarily very pretty or poetic, but I think the song’s power is in the reality of it. I think I understood that this time around, that rather than feeling like you have to push something into a dream world for it to be beautiful, you can let it live in the shitty bar in which you found it. Because sometimes, that’s the best place for it.”

“Where I Should End is all about trying to pin down something that can’t be held, trying to delineate yourself from the people around you, from what’s happening to you, from what you’re doing and I guess realizing that it’s all one big loop,” she adds. “I end where I begin again, and so does Gemma, and does everybody else. We’re all just trying to exist in the same world, trying to cope, trying to dream. Sometimes not coping, sometimes not dreaming, mostly just going forward.”

The album travels from late night scenes on Dublin’s Capel Street (“Dynamite”) to American dive bars (“Date Night”), where flirtations and fun run high. The softened disco of “Karaoke Song” finds Saint Sister at their most carefree; delivered with a wink, it’s a love story in three minutes as the weight of a crush comes crashing down. “Oh My God Oh Canada” sees Doherty and MacIntyre exploring the fondness and frustration that can arise with the sometimes incompatible nature of touring and maintaining relationships—with themselves, each other, and their loved ones at home. The whimsy and freedom of “Date Night” and “Karaoke Song” are countered by the story of long-distance heartbreak in “Irish Hour,” which caps that album’s A-side with cinematic grandeur.

Written in the weeks leading up to the referendum to repeal the Eighth Amendment in Ireland, “Manchester Air” tells the story of a young couple dealing with an unexpected pregnancy and, due to archaic legalities, flying to the United Kingdom for an abortion. More folk and traditional in its sound and structure, MacIntyre says that the song “harks back to the old Irish ballads of leaving home, the constant tramp of the Irish across the water.” “And I know I am angry most of the time” is a line that rings so true for the generations of women who have been—and continue to be—burdened by a shame that was not their own.

Album closer “Any Dreams?” marks the start and end of an emotionally fallow year, yet leaves us with a message of hope. “It’s quite focused and forensic in its dissection of what you’ve been clinging on to, what’s been keeping you alive,” explains MacIntyre. The song and album winds down into one big spiral, culminating in the repetition of “I just can’t keep up.” “It's an ‘everything on the table’ kind of moment,” she adds. In the final seconds, however, everything comes back together, and with the quick ending line—“go to weddings, go to funerals. Any dreams? Keep them fixed”—the fog lifts.

Where I Should End is carefully considered and creatively liberating, with Saint Sister stepping up to the mark and embracing their strength and self-direction. In a year where time can feel like it’s on pause, they’ve forged forward in earnest—breaking away from what’s expected of them, and finding new ways to express themselves. 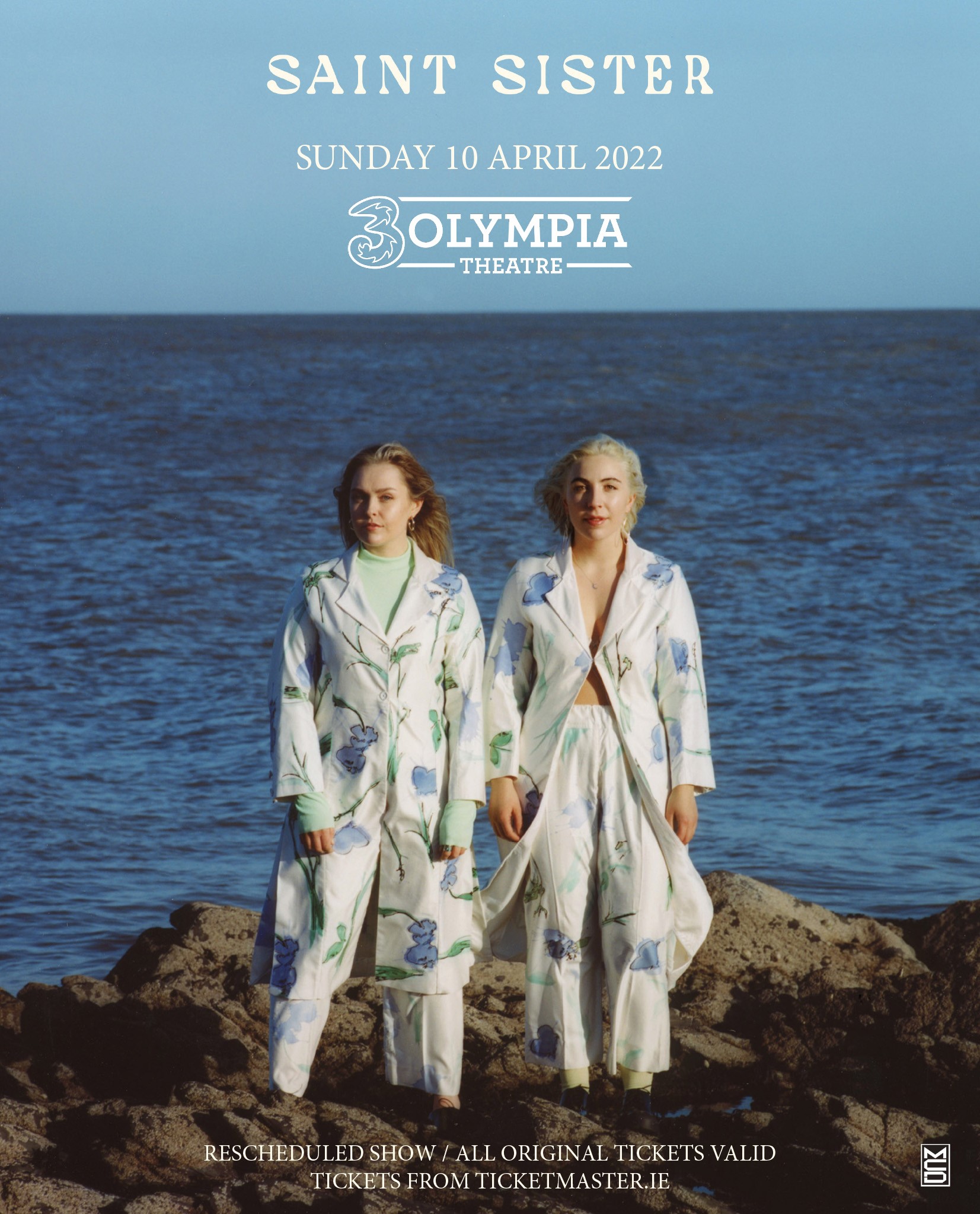