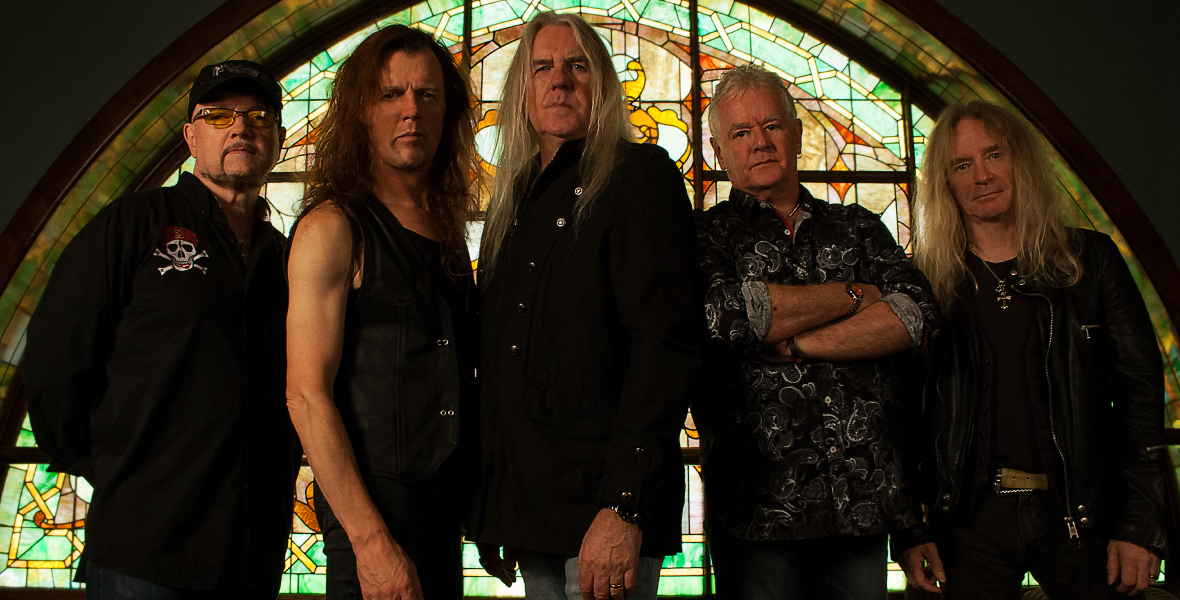 Following the release of their 21st album, Carpe Diem, in February of this year, English heavy metal legends Saxon have announced details of latest additions to their Seize The Day world tour, which includes a show in the 3Olympia Theatre on Friday 3rd March 2023. Saxon will be joined on the night by Northern Irish metal outfit Sweet Savage.

Tickets priced from €44.05 including booking fee & €1.50 restoration levy on sale with www.ticketmaster.ie.

Saxon were the leaders of the new wave of British heavy metal (NWOBHM), they had eight UK Top 40 albums in the 1980s including four UK Top 10 albums and two Top 5 albums. They had numerous singles in the UK Singles Chart and chart success all over Europe and Japan, as well as success in the United States. During the 1980s, Saxon established themselves among Europe's most successful metal acts. The band tour regularly and have sold more than 13 million albums worldwide.

The band was formed in Barnsley in 1977 by Peter “Biff” Byford on vocals, Paul Quinn and Graham Oliver on guitars, Steve "Dobby" Dawson on bass, Pete Gill on drums and were originally named "Son of a Bitch". In 1979, the band changed their name to Saxon and signed to French record label Carrere who then released their eponymous debut album, Wheels of Steel, which charted at #5 in the UK and stayed in those charts for six months.

Across their 40-year career, the band have 20 albums of original music, and in March 2021 they released their latest album Inspirations, which features a collection of cover songs which inspired the band and they music they’ve created