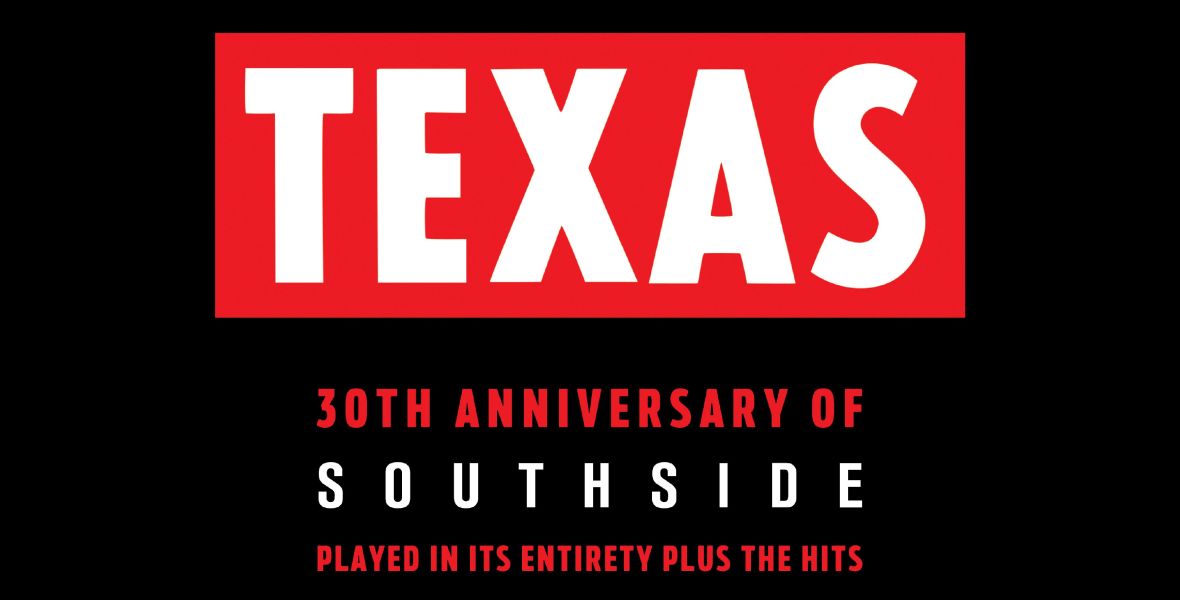 Statement from the band:

"Hi Everyone, due to the ongoing Covid-19 situation, we have moved our UK, Irish & Isle of Man tour dates to 2022.

We had hoped this wouldn't be necessary, but the safety of our fans and our crew is the most important thing for us. We look forward to seeing everyone out on the road next year!"

These are fully seated performances.

For over 30 years, Texas have proved themselves to be one of Scotland’s best ever bands and nothing short of a national treasure south of the border. A new album the follow up to their acclaimed 2017 release ‘Jump On Board,’ will be unveiled August 28th on BMG. To coincide with the release, the band will play a massive 24-date tour kicking including an two Irish dates in the Olympia Theatre Dublin in February 2022.

In December 2019 Texas played a sold out Glasgow show at SWG3, their fastest selling show ever. To celebrate the 30th anniversary of their acclaimed 1989 debut album ‘Southside’, the band played the entire album. After the overwhelming success of that show, Texas have decided to do the same on their forthcoming tour, coupled with a set list compiled of songs both old and new.

Formed in 1986 by the undeniably brilliant Sharleen Spiteri and her partner in crime, Johnny McElhone, they have made consistently great music throughout their stellar career having sold over 40 million records, had 13 top ten UK singles, 3 #1 UK albums and 8 top ten UK albums including their latest ‘Jump On Board’.