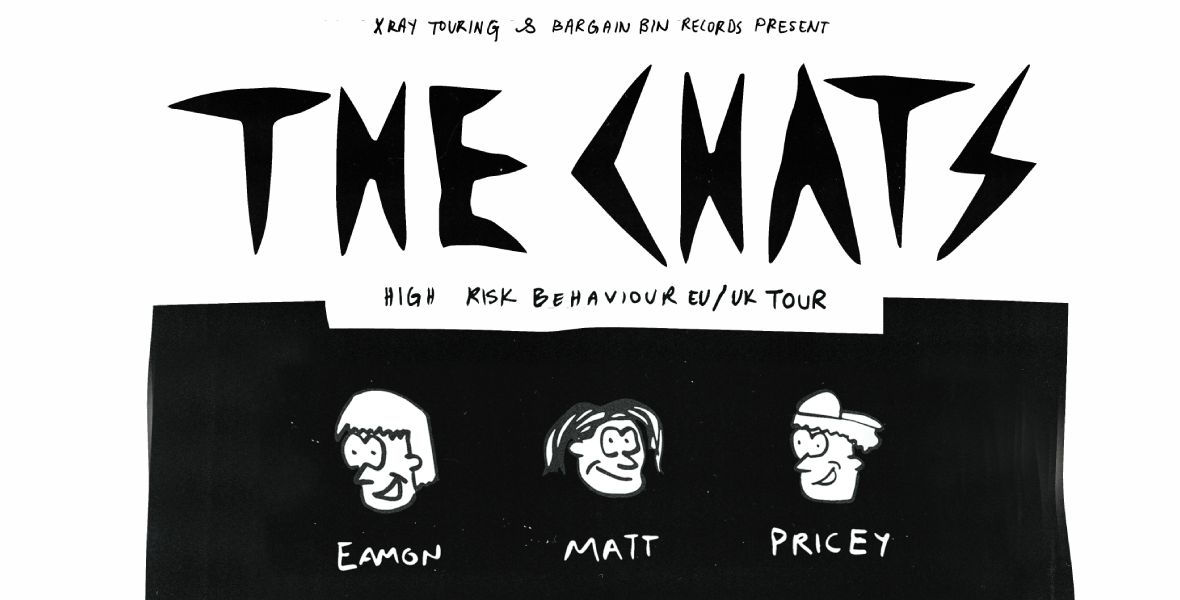 The chats are a pub-punk shed-rock band from Queensland Australia. They began playing together in high school, releasing their debut self-titled EP a month away from graduating. About nine months out of high school, The Chats went back into the studio to record their follow up EP, “Get This In Ya”. The second EP sat online for 6 months until the band had a viral hit with the music video for their song “Smoko”, which racked in millions of views on Youtube in a couple of days.

Since then, The Chats have become notorious for their loud and chaotic live shows and their zero fucks attitude. The Chats have sold out shows in Australia, New Zealand and Europe.

With a debut album in the works, as well as national and international tours The Chats aren’t showing any signs of slowing down soon.