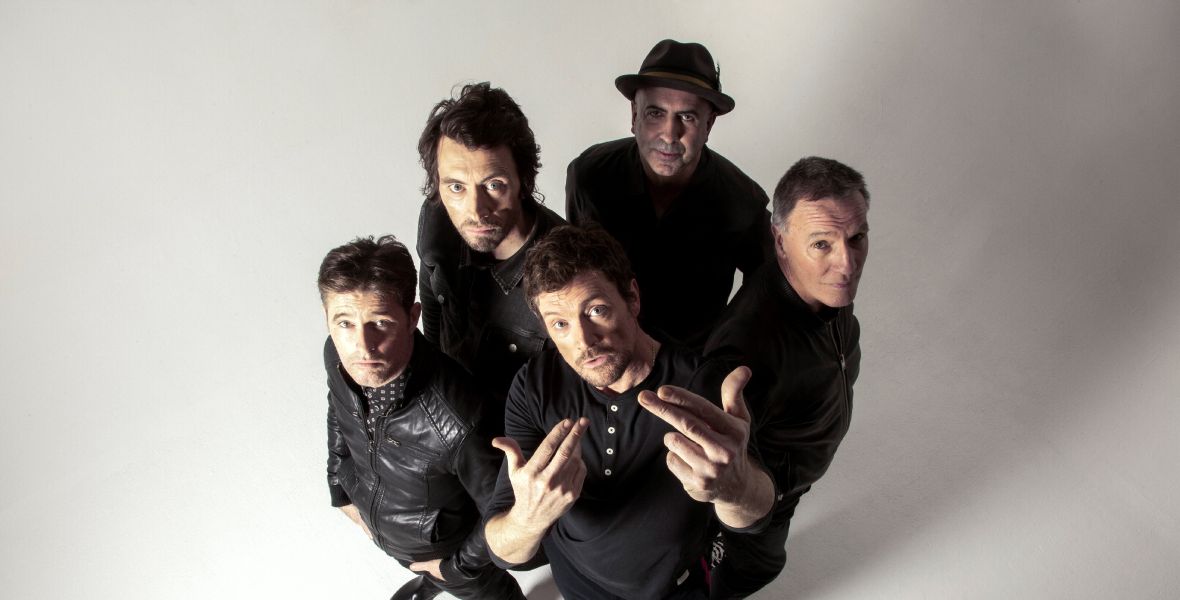 More Info
For more on The Stunning
Book Now

Following a busy summer of festivals in 2022 and ending the year with a sold out Irish tour, The Stunning announce a new date for 2023 in 3Olympia Theatre on Saturday November 25th.

Tickets priced from €35 including booking fee & €1.50 restoration levy on sale 9am Sat 10th Dec with www.ticketmaster.ie. Three Ireland presale tickets on sale 9am Thurs 8th Dec with #3Plus

Formed in 1987 in Galway city, The Stunning took Ireland by storm and shifted the focus from a Dublin-centric rock scene to the provinces, paving the way for many more artists to come. They toured relentlessly releasing a string of hit singles and two number one albums and built a following that would make them one of the most popular Irish bands ever amongst a new generation of young Irish people for whom emigration was not a prerequisite.

The Stunning released their first single ‘Got to Get Away’ in 1988 and to the band’s surprise it hit the top twenty in Ireland. The following two singles ‘Half Past Two’ and ‘Romeo’s on Fire’ did even better making the top ten. ‘Brewing up a Storm’, their fourth single released in 1989, was oddly their first flop and didn’t dent the charts at all, as daytime radio found it too rocky.

The following year, 1990 was a pivotal year in Ireland. The national football team had done the country proud in the World Cup in Italy and Ireland had her first lady president. There was also a new soundtrack to that summer - the debut album by a young band from the west of Ireland. ‘Paradise In The Picturehouse’ slowly crept up the charts and spent five weeks at number one, a new record for a debut album by an Irish act. It was to become one of the most-loved Irish albums of all time, going on to reach multi-platinum status in Ireland.

After a long hiatus from releasing new material, in 2017 the Stunning proved that they hadn’t lost the knack for writing hits: the single ‘Brighten Up My Life’ was one of the most played Irish songs on the radio that summer. They followed this with the release of  ‘Twice Around The World’ - the first album by the band since 1994, it went straight to Number 1 upon its release in March 2018.  Rave reviews and the fact that it contains some of the bands biggest hits (Everything that Rises, Heads Are Gonna Roll, She’s on My Mind & Mr.Ginger) along with Brighten Up My Life helped it on its way to the top of the charts.

2020 was the 30th anniversary of that album and the band reissued it on vinyl for the first time since 1990. They also published a beautifully crafted songbook. The book is not just for those who want to learn how to play the songs, it’s also a beautiful companion piece to the album.  Lovingly written by Steve and Joe, it features the story of the making of the album with never-before-seen photos and the inspiration behind each of the tracks.

The band’s reputation as a live act has gone from strength to strength - having headlined numerous festivals all over the country, the Stunning were called upon to close the show at both Féile 2018 and 2019 in Semple Stadium in Thurles . The Galway International Arts Festival show of 2018 was one of the band’s highlights of the year and drew a sell-out crowd of fans of all ages.

In between ‘Stunning’ duties the band members have their fingers in many pies. Lead singer Steve Wall’s acting career has really taken off. Following his portrayal of legendary trumpet player Chet Baker in the feature film My Foolish Heart, he’s appeared in the western mini- series The English for BBC/Amazon; Raised by Wolves with Ridley Scott; The Witcher for Netflix and more.  Guitarist Derek Murray is becoming a meditation Zen-Master; keyboard and trumpet player Jim Higgins is a stalwart in Christy Moore’s band; drummer Cormac Dunne plays with everybody west of the Shannon, sometimes twice a day! Joe Wall has been involved with the Music College BIMM Dublin since it opened in 2011. In his spare time he writes and records and hatches plans for future Stunning ventures.