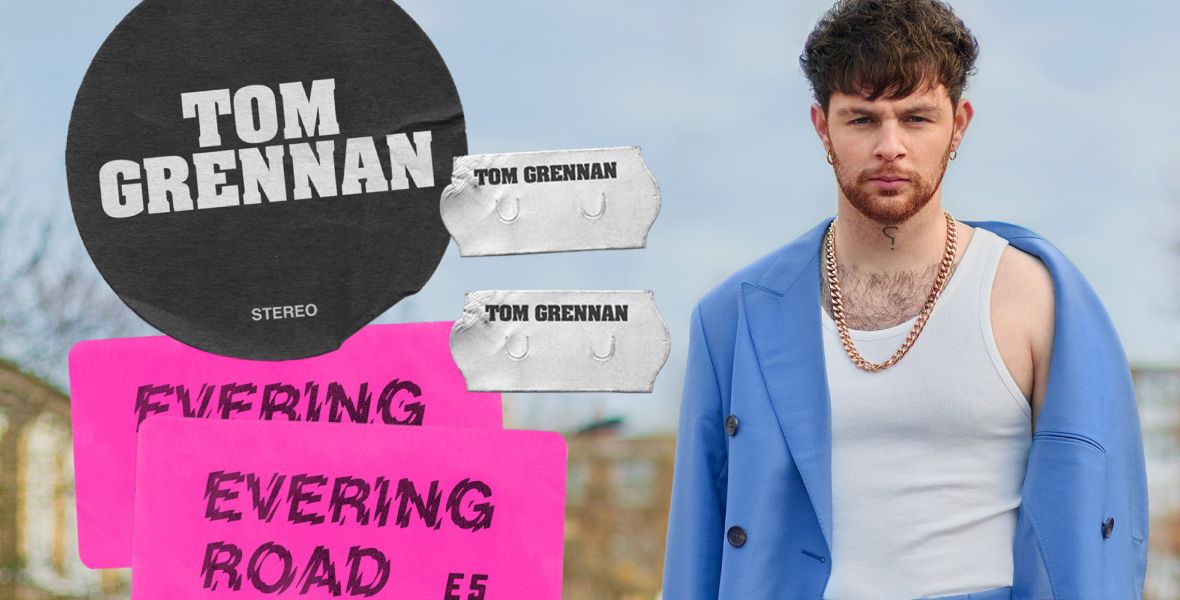 The news follows Tom’s performance on The Graham Norton Show with Ella Henderson for their new single ‘Let’s Go Home Together’ which is currently climing the UK and Irish charts. The track is a new addition to Tom’s highly anticipated second album, ‘Evering Road’, due for release 12th March via Insanity Records and already tipped as "Grennan's return could be his first No.1." by the Guardian, “one of the country's bright young musical talents" by British GQ and “the ultimate Gen Z rock star” by The Sun.

‘Evering Road’ marks the anticipated follow-up to ‘Lighting Matches’, Tom’s breakthrough album that cemented him as one of the UK’s most vital and exciting new artists, and one of the Top Ten best-selling debuts of 2018. A Top Five UK Gold-certified record, ‘Lighting Matches’ has amassed over a quarter of a billion streams, seen sold out headline shows at The Royal Albert Hall, O2 Academy Brixton and won over thousands of fans at festivals including Reading & Leeds, Isle Of Wight, TRNSMT, Latitude and a host of other events.

Mon 28th Mar 2022
Show TBC
Doors 7pm
Sold Out Approximate stage times will be posted here once we receive them from production.