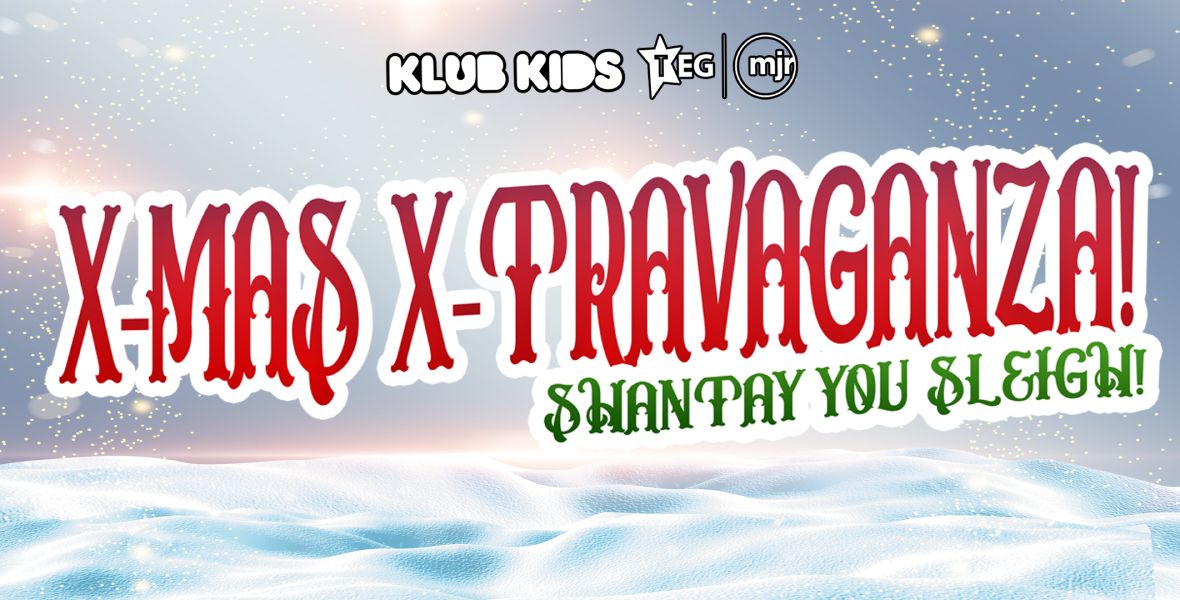 KLUB KIDS UK and TEG MJR have teamed to bring the biggest drag Christmas show ever to the UK & Ireland!
X-Mas X-Travaganza is coming to 3Olympia Theatre on Saturday 27th November 2021

‘X-Mas X-Travaganza – Shantay You Sleigh’ announces the line-ups of international drag superstars set to take over the UK & Ireland this winter for its phenomenal drag Christmas spectacular, hosted by none other than The Vivienne, winner of RuPaul’s Drag Race UK, and audience favourite Baga Chipz.

The tour stops off at 3Olympia Theatre, Dublin on Saturday 27 November 2021, bringing together some of the world’s most-loved RuPaul’s Drag Race stars from across the UK, the US and Canada for a not-to-be-missed Christmas extravaganza and a night of unapologetic, fierce festive cheer.

Further info on VIP package below.

With The Vivienne and Baga Chipz at the helm throughout, the tour will see the RuPaul’s Drag Race UK Series 1 drag superstars join forces to set off upon an unforgettable and magical sleigh ride to visit some of their favourite kings and queens from all around the world to spread some festive drag cheer. Each night they will be joined by vivacious drag queen Latrice Royale, best known for appearing on RuPaul’s Drag Race US Series 4 and All Stars, who is set to bring some ‘large and in charge’ festive adventure, and RuPaul’s Drag Race UK Series 3 newcomers the sophisticated and savage Vanity Milan, who will be serving an unapologetic, high-octane performance, and self-confessed ‘Cockney Princess’ Scarlett Harlett.

A dazzling array of fabulous queens will continue to join the line-up throughout ‘X-Mas X-Travaganza’, with the charming New York-based drag queen Olivia Lux and US fan favourite Scarlet Envy embarking upon the tour, alongside the most exciting queen to ever grace the Canadian drag scene and winner of Drag Race Canada Priyanka, fellow Canadian queen Gia Metric, as well as Scottish drag royalty Lawrence Chaney, the much-adored winner of RuPaul’s Drag Race UK Series 2, who is making a dazzling appearance for a special hometown performance in Glasgow.

Fellow Scots queen Ellie Diamond is sure to shine like a diamond on six of the tour dates, including Edinburgh’s Usher Hall, while Worcester queen Ginny Lemon is set to serve up their sparkling sense of humour and unquestionably distinct style for the festivities and Tia Kofi, one of the UK’s biggest drag artists and The Queen of Clapham, will be putting a festive spin on her glorious electro pop anthems, with more kings and queens to be announced for opening acts.

‘X-Mas X-Travaganza’ is taking over venues across the UK and Ireland this November and December for a truly unique drag Christmas spectacular. Alongside performances by legendary RuPaul’s Drag Race artists from across the globe, including some spectacular group opening and closing numbers, an exceptional festive experience awaits ticketholders including a Santa’s Grotto featuring a Drag Santa and her entourage of elves, a Drag Christmas market for plenty of fun and sassy drag gift ideas, and as much Christmas slay as the eye can see for a true night to remember.

VIP meet and greet tickets entitles you entry to the pre-show meet and greet with all of the artists on the line up. Meet and greet will be a mix and mingle experience, which you get to meet your favourite drag stars and the opportunity to take pictures on your phone assisted by the Klub Kids team.

As Covid is still with us we need to keep the safety of our artists seriously, there will be no contact with the artists during the meet and greet. They will happily sign autographs.

VIP ticket also gives you first entry to the drag Christmas market, where you will be greeted by our Christmas elf's, chance to purchase Christmas merchandise and shopping at drag market stalls, plus much more. 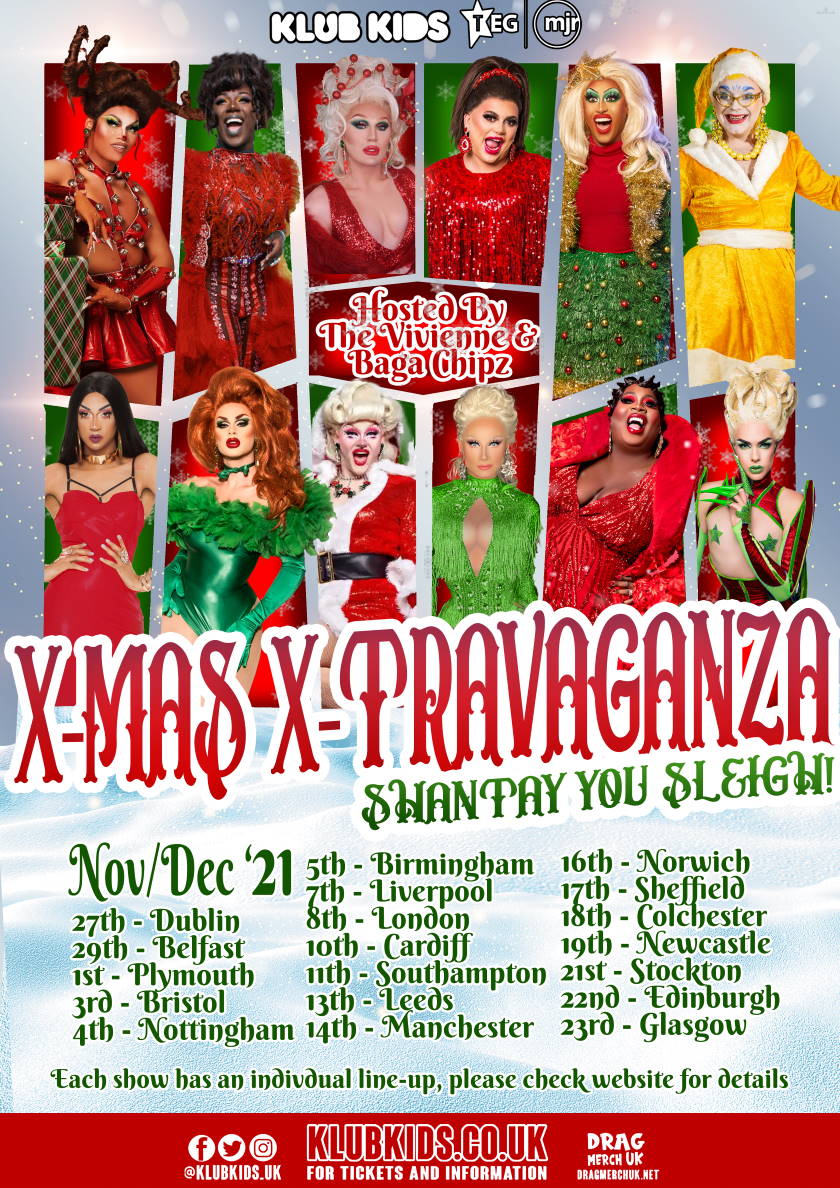