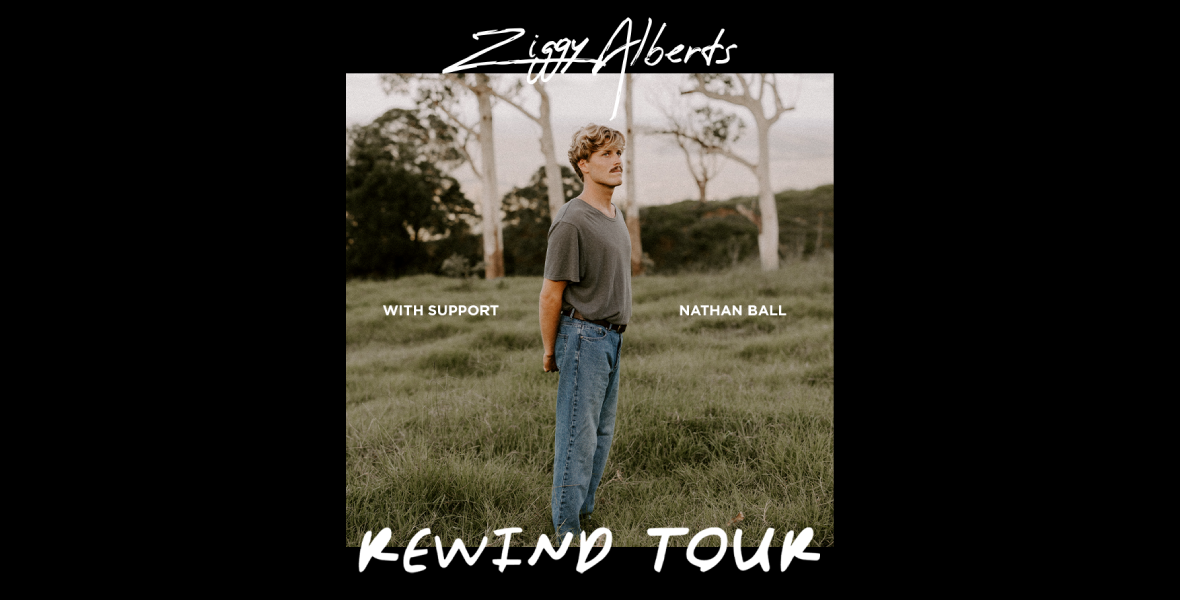 Tickets priced from €29.40 including booking fee & €1.50 restoration levy are on sale with www.ticketmaster.ie

Ziggy Alberts’ UK & Ireland visit will follow the release of his forthcoming sixth studio album, DANCING IN THE DARK!

Musically, Ziggy’s sound has raised comparisons to the likes of early Ben Howard or Jack Johnson. His sound is laid back, soulful and folk-tinged, and his songwriting is honest and personal. Whilst Ziggy Alberts is similar to his contemporaries in writing about his personal experiences, his music is layered with subtextual references to issues close to his heart, such as the natural world, the human experience and the wider planet.

DANCING IN THE DARK has been driven by real-time releases, including the singles I BELIEVE, TATTOOS, THE GREAT DIVIDE and most recently, THE SUN & THE SEA featuring Donovan Woods, which all find their home on the album. The new record sits in a genre - self-titled by Ziggy - as "Future Folk". In his own words, “the album is a blend of the honest and raw, with the smoothness and touch of synthesised soundscapes, intentional tuning and programmed organic samples... that reflects accurately the range of experiences we are having as humans in our current world.” Matched with Ziggy's storytelling and sincere songwriting, DANCING IN THE DARK shows yet another step in Alberts' growth as an artist, his music and personal explorations, both introspectively and in the natural world.

Founder of his independent label, Commonfolk Records, and book publishing house, Commonfolk Publishing, Ziggy Alberts has managed to craft what many musicians and authors dream of - the ability to tell a story on their own terms. In 2022, Ziggy was awarded an APRA for his track letting go. He has also earned ARIA Platinum certifications for Laps Around The Sun (Double Platinum), Gone, Runaway, Heaven, Love Me Now, Stronger and Four Feet in the Forest (EP), plus Gold certifications for his Laps Around The Sun album and six tracks in his catalogue