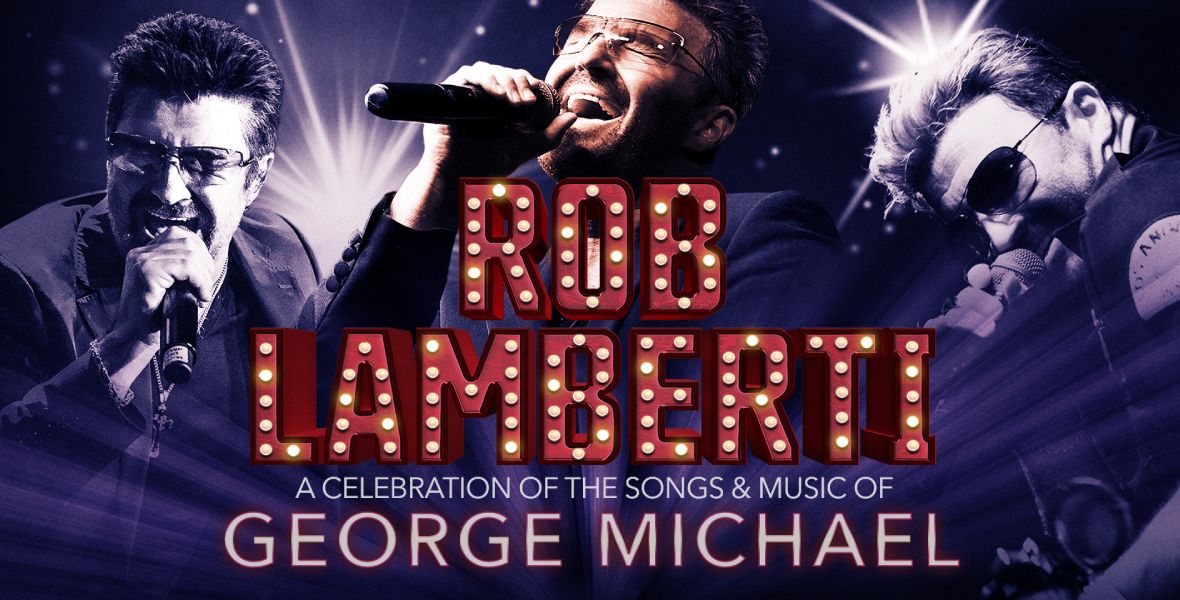 Rob Lamberti brings his definitive show celebrating the songs and music of George Michael to the 3Olympia Theatre, Dublin on Saturday 07 October, 2023.

Tickets from €40.55 including booking fee & €1.50 restoration levy on sale from www.ticketmaster.ie.

Picture the juke box centre stage, that iconic BSA leather jacket and unmistakable sound of Mr George Michael as his foot began to tap and the audience came alive. It was 1987. Rob was just 14 years old but watching that inspirational performance of ‘Faith’ on Top of the Pops was life changing. He thought to himself “I can do that!”. And he did. An idol was born and a tribute artist was in the making.

Fast forward six years and Rob appeared on national TV on ‘Stars in Their Eyes’ and voiced those famous words “Tonight Matthew, I’m going to be…George Michael”. The music began, his foot tapped, and he performed the very song he’d promised himself he would, ‘Faith’. That performance echoed across the country and led to enquiries that allowed him to become the artist we see before us today.

Rob made the ‘Live Final’ show and packed away his steel toe cap boots, leaving labouring to pursue a career on stage in the limelight. As his confidence soared and his reputation grew, Rob soon created a full live show in tribute to his idol. It was a show that gave him well deserved exposure and news of his performances travelled across social media channels and by word of mouth earning him the title of the UK’s number one tribute artist to the late, great George Michael.

From performing in local pubs and clubs to hotels, private events and the corporate event circuit Rob’s reputation rapidly projected him to play for celebrity audiences including Chris Evans, Simon Cowell and Elizabeth Collins and transported him onto the international stage. Critical acclaim led him to Europe and from there demand across the pond to the USA soon followed. Sharing the stage with household name, host Steve Harvey, Rob performed “Father Figure” on the famous Showtime at The Apollo, and went on to sing exclusively for the President of the USA himself.

However, his greatest honour came when he was offered the dream performance of his life – working for none other than the man himself, on behalf of George for Sony Music to promote the album 25 Live. A role that not only boosted his career further but connected him to his idol. In a 2014 interview, George was asked if he was ever mistaken for being somebody else, his reply quite simply was “I’m often mistaken for being Robert Lamberti, he is a George Michael lookalike”. See Rob’s show and it’s crystal clear why.

No other tribute artist captures George’s musical talent, charisma and passion as closely as Rob Lamberti. With some of George Michael’s personal musicians proudly joining Rob’s band, his performances are guaranteed to hypnotise your senses and do justice to one of the greatest singer-songwriters of our time. With each tour the attention grows from the media and audience alike, with rave reviews attracting sell-out crowds at venues over 2000+capacity.

As careers go, Rob is living his dream, but his ambitions are fuelled by a desire to do one man proud and achieve the perfection that he applied effortlessly to every performance – his idol and yours, the great George Michael.